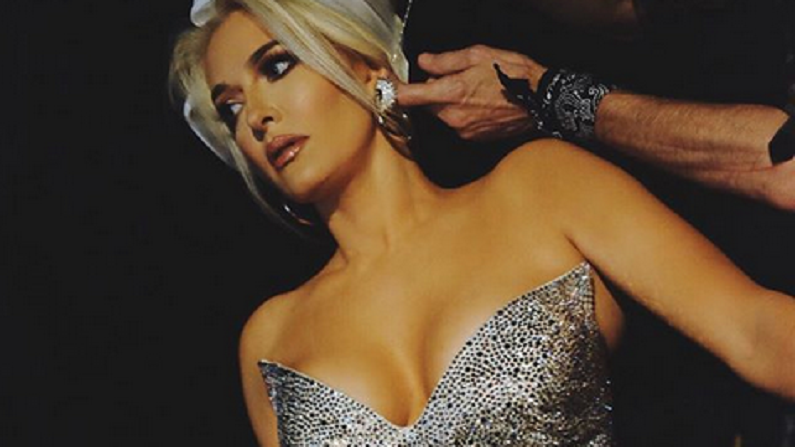 It’s expensive to be Erika Jayne. The Real Housewives of Beverly Hills star loves to flaunt her wealth on social media. She previously revealed that it costs $40,000 a month to look like her. She does it all for her glamorous image.

But now she’s caught backlash for a meme she posted on social media. Erika thought it was appropriate to relate stimulus checks to her “XXpensive” music video. The Bravo star reposted a clip that someone else created. The video shows Erika rolling around in silk sheets while wearing pale lingerie. There are also shots of her soaking in a bathtub while wearing diamonds.

However, not everyone found the meme funny. Read on to find out why RHOBH fans don’t like Erika’s joke.

Erika Jayne tried to give a warning to her haters. She addressed the “SLOW B***HES” by informing them that the meme is a “#Repost” and to “ENJOY IT FOR WHAT IT IS.” Erika also advised them not to slide into her comments. Many RHOBH fans took an issue with the meme. They claimed that Erika is rich and doesn’t know what a stimulus check is.

“Obviously a joke right?” one follower wrote. “Like you need or even think of a stimulus check … smh.”

“Girl I love u, but stimulus check talk is for us broke people,” another follower added.

TO ALL YOU SLOW BITCHES, THIS IS A #Repost ENJOY IT FOR WHAT IT IS AND STAY OUTTA MY COMMENTS!!@mycovidjourney with @make_repost ・・・ If you have to ask you probably can’t afford • #erikajayne #rhobh #housewives #realhousewives #bravotv #stimuluscheck #quarantinememes

As per The Blast, most RHOBH fans slammed Erika’s “out of touch” post. “I’m a fan of yours but you are seriously out of touch no matter how much you think you can relate,” a third user wrote.

The comments section wasn’t entirely filled with hate. Some appreciated the joke. One argued that someone else made the joke, not Erika herself. The television personality just wanted to share the joke with her followers.

“Obviously someone else made this meme about how they would feel when they received their second stimulus check and she just reposted it,” the user wrote. “Just take the joke and keep it moving !!!”

This isn’t the only reason that Erika has been making headlines lately. She revealed who side she’s on in the Denise Richards situation.

She is staunchly on Brandi Glanville and Lisa Rinna’s side

Erika Jayne got a mixed response when she sided with Lisa Rinna to bash Denise Richards over her alleged affair with Brandi Glanville. The RHOBH stars are split on whether to believe Denise or Brandi. After Teddi Mellencamp and Kyle Richards revealed Brandi’s accusations to Denise, she defended herself and broke the fourth wall. Then Denise claimed that another Housewife allegedly slept with Brandi.

Erika has made it clear who she’s siding with. It’s no surprise that she’s on both #TeamRinna and #TeamBrandi. But some fans don’t like how much of a mean girl she’s become over the past few seasons.