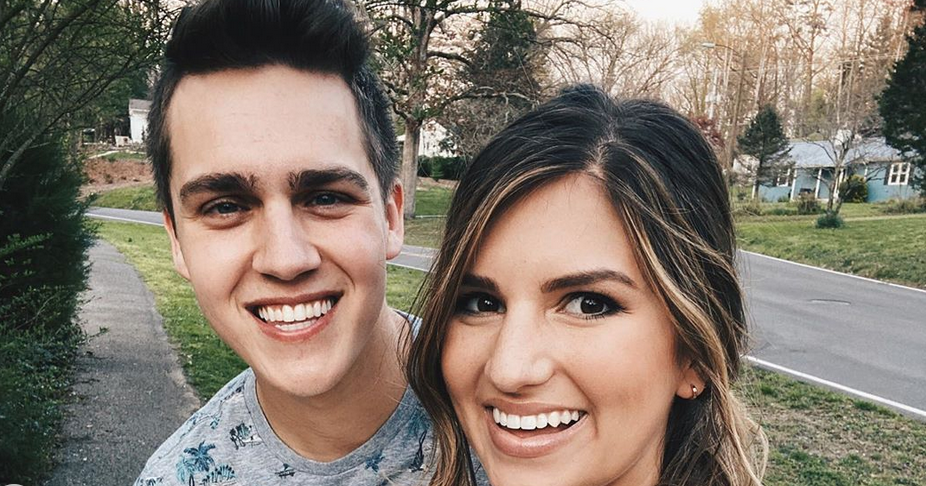 Since Bringing Up Bates star Carlin Bates became a mother, she’s been sharing all kinds of updates about her daughter. Carlin and her husband Evan Stewart share six-month-old Layla Rae. Now, Carlin’s sharing another update about Layla’s latest milestone.

In a new YouTube video, Evan talks about how it’s Layla’s six month birthday. So, he heads to Walmart to buy flowers for Carlin and Layla. He also picks out a stuffed animal for Layla. Later, he surprises Carlin with the flowers, and she’s surprised that he remembered that Layla’s now six months old.

Later in the video, Carlin and Evan are feeding Layla baby food for the first time. She’s trying avocado in the video. Carlin’s feeding her while Evan records with the camera.

Carlin says that Layla doesn’t totally understand how to eat yet. She sometimes tries the food and then spits it out. So far, Layla has tried avocado and several types of fruit. The first time that she tried the fruit, she had a funny reaction. Carlin and Evan insert the clip from that moment.

In the video, Carlin also talks about how Layla has started army crawling. She says, “I’ll leave the room now and she’ll be like way off her mat.”

Evan’s nieces happen to be visiting, so they sing to Layla to help her fall asleep. Evan records it so their fans can see. And, Layla ends up falling asleep quickly.

This isn’t the first time the couple has shared a YouTube video. They originally started their YouTube channel back in January. Since then, they have uploaded a handful of videos and have 74,000 subscribers.

So, what do you think of Carlin Bates’ and Evan Stewart’s YouTube channel? Share your thoughts below.

‘Young And The Restless’ Weekly Spoilers: Nick Confronts Ashland, Wedding On Or Off?
Savannah Chrisley & Nic Kerdiles CONFIRM They Are Living Together?!
‘Storage Wars’ Barry Weiss Is Back, Asks ‘Did You Miss Me?’
Megan Fox & Kourtney Kardashian Snuggle In Sexy Topless Photo
‘RHOBH’: Brandi Glanville & Kim Richards Refuse To Speak To Each Other, What Happened?