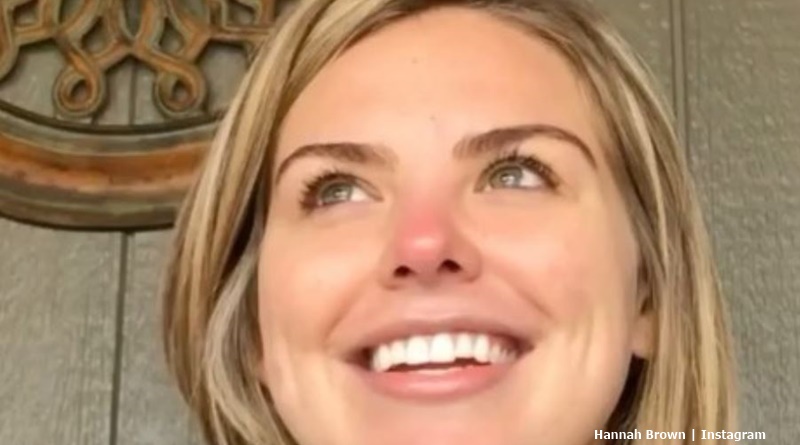 Bachelorette fans know that during her stint with Dancing With the Stars, Hannah Brown moved to Las Angeles from Alabama. But, until now, she only shared a photo of piles of boxes after her move. That photo came shortly after her car got broken into back in January. Now, she revealed a glimpse into her living area. She also talked about how and why she chose the place.

Bachelorette – Hannah still unpacks some boxes in her new apartment

Hannah moved into her new apartment and shared a photo of piles of boxes. The Sun US reminds readers, that she said the good side means she gets her own space. But, the downside meant hauling all those empty boxes downstairs. At the time, she mentioned that being single meant quite a bit of hard work. That came at the height of speculation she and Peter Weber might hook up again. Or, that she and Alan Bersten might make something of their DWTS relationship.

And, it looks like she never really got around to completely unpacking everything. Recall after the coronavirus quarantine, Hannah joined Tyler Cameron in Florida. Then, she left there and spent time with her parents. But now, she’s back in LA and ready to talk a bit more about her new space. Hannah went onto Instagram Stories and said she bought a nice new “pajama dress.” But as she didn’t plan on going anywhere in it, she invited some questions from her many Bachelorette fans.

For Hannah, the new move came with a lot of thought. Determined that her place should reflect how she wants to feel, she pointed out some of her favorite features. The place comes with an in-building laundry. She said that’s very important when it comes to utilities she likes. But, what sold her on the place was the ‘upstairs outdoor balcony.’ Hannah said that the view of the ocean’s simply lovely. When fans asked her for a tour through the place, she said that’s definitely on the cards. But not just yet.

The Bachelorette alum said she still unpacks a few boxes. So, it needs a little bit “more work” before she reveals all of it. But, she gave an idea of the living space with a quick snap. She said that her space looks feminine, and reflects her happy place. She told her fans that everyone should consider that the place they choose should reflect everything they want. After all, returning home after a busy day, people should feel comfortable there. So, she chose light, quirky, female, fun, but functional. 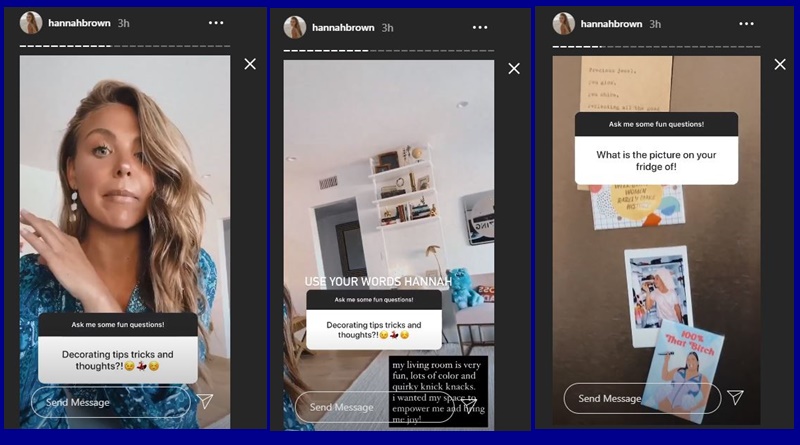 One fan asked Hannah what photos she put up on her fridge door. Perhaps they hoped for a picture of Tyler Cameron. But, The Bachelorette alum  posted up a card that says, “100% That B*tch!” That sounds just like something Hannah Brown would do! What do you think? Sound off in the comments below.