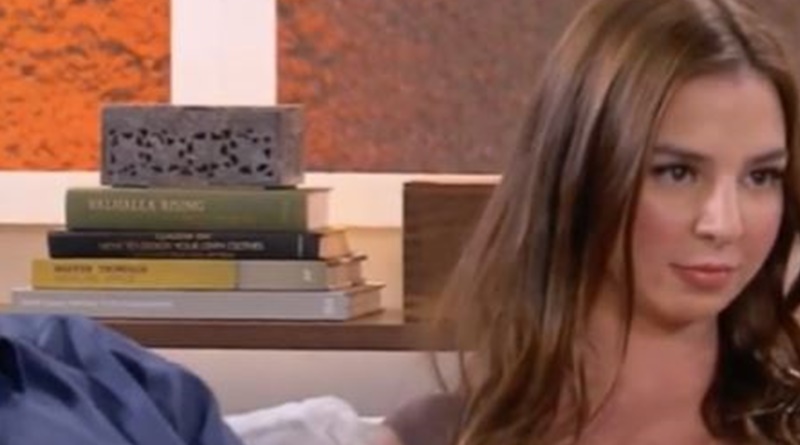 90 Day Fiance star Anfisa Arkhipchenko recently passed her NASM personal training certification exam. So, she’s now a “certified personal trainer,” we reported. Of course, that means she spends loads of time in the gym. Fans know she worked really hard for it and sports an amazing body these days. But recently, a photo grossed out many followers as she works out with her buns showing. She has been sharing a lot while becoming a personal trainer.

The TLC reality star posted up a photo of her with her back to the camera. Some followers seemed a bit shocked at her scanty outfit. She captioned it with, “Go to the link in my stories if you want to see me working out in this outfit 💚 #OnlyFans.” Well, probably plenty of thirsty guys might go there as her photo shows her in a thong. Some followers seemed a bit shocked and disgusted by the photo. And, in that picture, she only stood still while displaying her buns. So, they imagine what else people might see watching her actually work out in it.

Some 90 Day Fiance followers thought it really horrid. People who work out in gyms actually often wear skimpy clothing. But, it’s seldom that they do so in a thong. Perhaps in the privacy of their home they might. But, how many of them actually post photos of that on their public social media accounts, fans wonder. Some critics described how ghastly it must be when someone sweats all over gym equipment with their behind. Others agreed that it seems rather gross.

One disgusted fan commented, “This is completely not appropriate for working out in a public gym.” Another one wrote, “You have just made me want to quit social media. With everything that is going on in the world. All you do is strain yourself trying to take a selfie of your ass? Really? You are seriously the lowest of the lowest. Peace out.” Then one upset person commented, ” It’s inappropriate attire. Disrespectful if others were around. But even if the gym was closed, showing your entire ass to everyone on IG? Why?”

One fan with an imagination also criticized the 90 Day Fiance star.  They talked about “bum juice” and sweat. And another one agreed, saying, “ewwww, bum bum is very gross.”‘ Actually, Shape reports that thongs also tend to lead to “urinary infections” as bacteria gets “spread around.” But, not everyone agreed that working out with buns showing is a bad thing. In fact, they feel that Anfisa reveals the kind of liberated woman they strive to be.

Others pointed out that nobody else appeared in the photo. So, she can do what she likes there. They called critics “Debbie Downers” and “Karens.”

What do you think about the photo of Anfisa working out with her buns fully exposed? Do you think it’s gross? Or is she just a liberated woman? Sound off in the comments below.