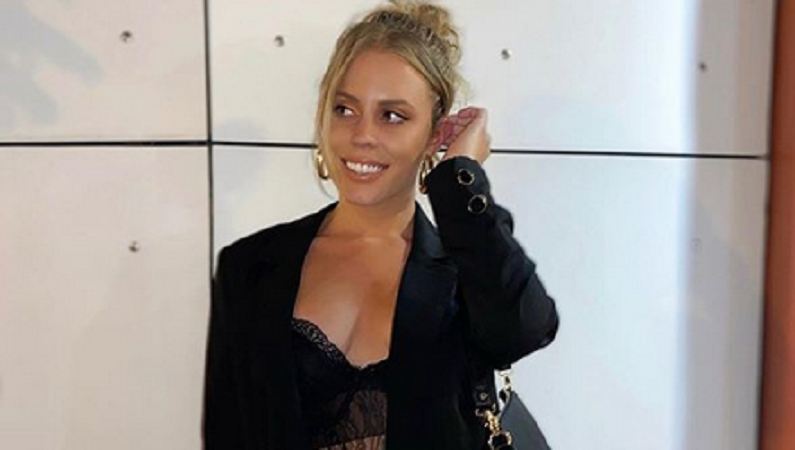 Danica Dow is feeling like a brand-new person these days. The Vanderpump Rules star got a new look amid her restraining order drama. She broke her silence on social media. On Friday, August 7, the new co-star showed off a new look on Instagram.

As per The Blast, Danica Dow showed off her new hairstyle on Instagram. The Bravo personality styled her blonde ombre extensions with brown roots. Danica shared a photo of herself wearing a cropped black shirt and high-waisted jeans. She looked behind her back as she showed off her long locks.

“Thank you to my hair team for bringing me back to life,” Danica captioned the incredible shot. This is her first Instagram post since she filed a restraining order against Brett. But she briefly returned to Twitter to share her support for Lisa Vanderpump.

Thank you to my hair team for bringing me back to life 💁🏼‍♀️ . Extensions by @hairbymellb using @bellamihair #bellamihair

Danica previously shared a steamy bikini photo on Instagram. On July 29, she shared a photo of herself wearing a bronzed bikini with the caption, “Unbothered.” Danica made it clear that she doesn’t care about her former boyfriend and Vanderpump Rules co-star.

The restauranteur is showing her support for the feisty SUR manager. She took to Twitter to show some love for Danica Dow, per The Blast. Earlier this week, a former SUR employee sued Lisa Vanderpump and her husband, Ken Todd, claiming the couple failed to pay their employees overtime wages.

Olivia Hanson, a former hostess, also claimed she didn’t receive meal or rest breaks. Danica denied the allegations on Twitter. She spoke out on behalf of both bosses, claiming that everyone who’s worked there has always been paid.

“This isn’t true. I’ve never been personally, or even heard of, anybody not being paid,” Danica tweeted.

I see you! Stay strong darling we will get back on track soon,I miss all of you sooo much.

One user wanted to know if Vanderpump paid Danica to post that tweet. She claimed that she’s “broke” and wanted to stand up for her boss “because it’s bulls***.” Danica even revealed that Vanderpump doesn’t even like her. But her boss had nothing but love and support for the troubled star.

“I see you!” Vanderpump tweeted. “Stay strong darling we will get back on track soon, I miss all of you sooo much.”

Despite their complicated relationship, it appears that Vanderpump respects Danica Dow.