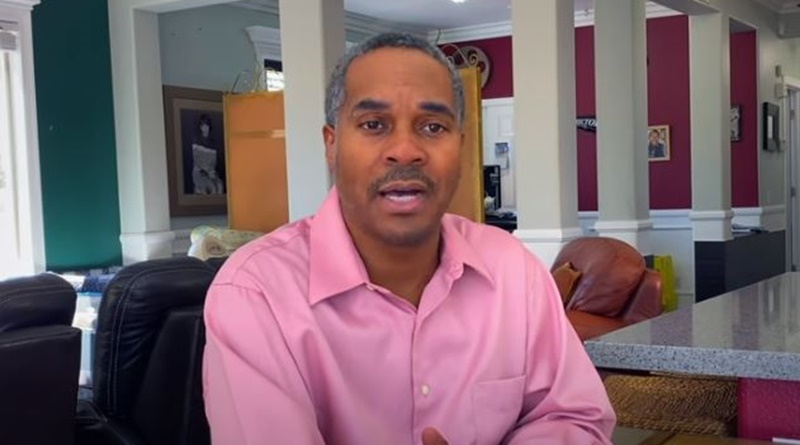 Doubling Down With the Derricos comes to TLC on August 11. The large family of 14 kids, Deon, and Karen reveals a neat and tidy home. The kids look well-fed and clean. In fact, nowhere does it look like they live in squalor and filth. But, a video that emerged on TLC showed just that. Apparently, the Derricos got evicted from a home. But, was that really the Derrico family from the TLC show? The video was titled, This is how the Derrico’s really live!!!

We reported that Deon works as a real estate investor. Deon dabbled in real estate for a while. “In fact, his TLC bio reveals that’s the main income source for Deon these days.” The family comes on TLC just before the birth of their final set of triplets. Actually, the family already had 11 other kids. Plus, a vacation home came to light as well. It looks really nice and big enough for the whole family. Clearly, Deon did very well with his business.

There’s a suggestion that the Derricos recently rented a home. But, why would they if they own their own homes? Despite allegations by their estranged adopted son Derron, it seems they do okay. He claimed that the family facade is merely “orchestrated” for TV. Well, that came a long time ago, back in 2014. And, it’s possible that what fans see on TLC might not always reveal actual real-life. But, the Doubling Down With the Derrico family seems far from the squalor and filth revealed in an 11-month-old video.

YouTube video called This is how the Derrico’s really live!!!

On YouTube 11 months ago, a video came out. Posted by someone named Pamela Hardy, it got over 2k views despite her only having nine subscribers. Possibly, that came after news about the TLC show emerged. However, it looks like she posted it on behalf of someone named Milam Creek. It revealed the interior of a home that looked absolutely filthy. Allegedly, there were bed bugs and according to Milam in the comments, they damaged the place. They “[ripped] a security system off the wall.” And, “They punched [holes] in my bedroom and bathroom doors,” he claimed.

Plenty of fans slammed them for posting it. One or two suggested that anyone who just moved out a home might leave a mess behind. Especially, a large family like the Doubling Down With the Derricos brood. But Milam seemed really angry, saying he got them evicted. He added, “I gave them every opportunity to remove themselves from my property without getting the Sherriff department involved. I have seen plenty of people with lots of children who did not live like this.”

Over on his YouTube channel, Milam shared the same video. There, it’s titled, This is how the Derrico’s were Evicted from my house! However, on the original video, many fans slammed him and some suggested its not the family from TLC. One fan even suggested he put on a “disclaimer” that it’s not the TLC family in case Deon sues him. After arguing his right to share the video in many long comments, Milam finally checked out what fans told him. He eventually returned. This time, he said that he read the comments and checked it out. He noted the video reveals another family from Atlanta, with the same name.

He also said that he intends to keep the video up on the site. However, no disclaimer yet got added to the title or the description. Nevertheless, the fact it’s not them got cleared up. But, only thanks to Doubling Down With the Derricos fans who pointed out the inflammatory title.