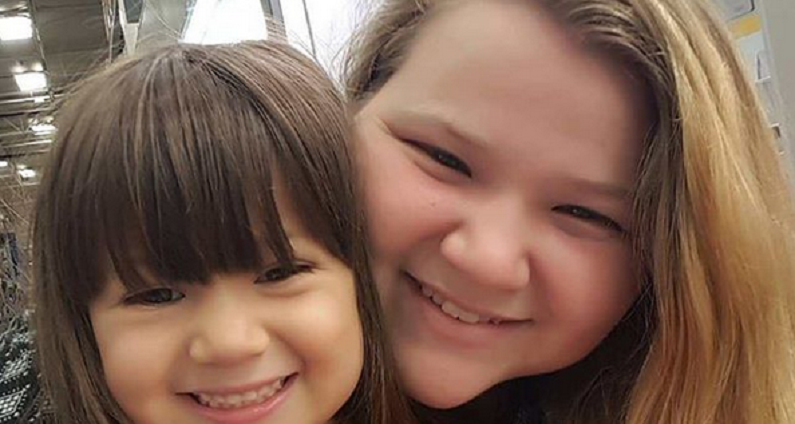 90 Day Fiance star Nicole Nafziger has finally returned home to the U.S. She’s been stuck in Morocco since March due to the COVID-19 outbreak. Nicole received backlash when she moved forward with her plans in the wake of the global health crisis. She was even mommy-shamed for leaving her daughter, May behind.

Now, there’s no reason to worry. Despite concerns over a flight cancellation, Nicole returned back to the sunshine state safely. She announced that she finally left Morocco after her five-month stay there. Nicole has given followers updates on her travels on her Instagram Stories. Read on to see how Nicole finally made a safe trip back home.

In Touch Weekly reported that Nicole finally left Morocco after her months-long stay with fiancé Azan Tefou. On Sunday, August 9, the 90 Day Fiance star documented her trip to the airport on her Instagram Stories. She shared a photo of the Moroccan sunrise as well as the beautiful mountains in the background. In addition, the TLC star documented the entire car ride with her Moroccan prince. The couple held hands and showed affection as they made their way to the airport.

However, she arrived “too early,” so she grabbed a drink at Starbucks. In another photo, Nicole revealed that she was waiting for her flight. The reality star headed back to her hometown in Bradenton, Florida to return to her daughter, May, after a long time away from home. Back in March, Nicole left her 5-year-old daughter behind to visit her long-distance lover in his native homeland. Despite the warnings, the global COVID-19 pandemic reached its peak. The Moroccan government closed its borders and enforced a travel ban. Nicole couldn’t make it safely back home.

The 90 Day Fiance made the most of their long trip together. An insider previously told In Touch that Nicole was “enjoying” her extended stay with Azan. She also was “staying in touch” with her family and only child.

Even her mom, Robbalee Nafziger, came to Nicole’s defense against the online trolls. She claimed that she and her daughter FaceTimed “almost daily.” She also defended her daughter’s decision and said she wasn’t a bad mother. It was just bad timing.

Could Nicole be coming home and saying see you later to Azan? #90DayFiance pic.twitter.com/2yDF36UADf

Nicole’s vacation was out of her control. And her daughter wasn’t neglected. However, that didn’t stop online trolls from accusing the reality star of being a “bad mom.” Even her fellow 90 Day Fiance co-stars wondered if Nicole was really stranded Morocco or if she simply chose Azan over her own daughter. One online user accused Nicole of “abandoning” her daughter in the U.S.

Despite the criticism, the television personality took the appropriate states to return home. 90 Day Fiance blogger John Yates recognized Nicole in a Facebook group titled “U.S. Citizens Trapped in Morocco” earlier this month. She asked for advice from the group members.

“Has anyone traveled from a different country to Casablanca for their flight since they closed Casablanca from traveling in or out?” Nicole asked. “What did you have to get to travel to Casablanca? Something from the police or from the American embassy?”

Nicole is still trying to get out of Morocco. #90DayFiance #90DayFianceHappilyEverAfter pic.twitter.com/GfWLeUxCh6

Members advised her to contact her local authorities. Others mentioned that Nicole would need permission to travel due to the travel restrictions. She also asked if she needed paperwork from the “police or from the American embassy to travel to Casa” before catching a flight back home. Now, it looks like Nicole has safely returned home.