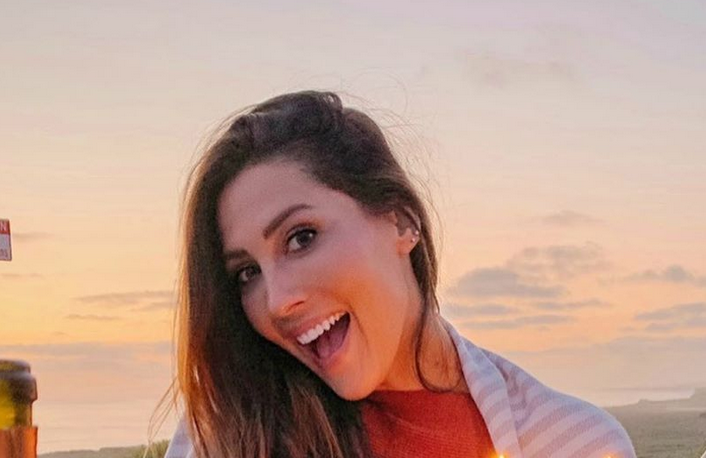 Bachelorette fans guessed that Garrett and Becca Kufrin might not last. After he shared his controversial post on social media about supporting Blue Lives Matter, Becca got second thoughts about their compatibility. They split and the news emerged in early August. So, what happens now with that unwanted humongous ring? As Garrett never paid for it, can she keep it?

Fans might recall that Garrett and Becca became engaged on Season 14 of the ABC show in 2018. The issue about him sharing support for Blue Lives Matter became a hot topic this year though. And eventually, we reported that Becca decided they shared dissimilar sentiments. So, it ended there. Actually, some fans think it’s just as well it all happened now, rather than after a wedding. And, we also reported that Ben Higgins also felt it best they faced these sort of problems before that lifetime commitment.

But, what happens with the ring now that the engagement ended? According to Family Find Law, “If the engagement is broken, the giver gets the ring back, regardless of the reasons for the split.” But, that might not hold true in the ABC franchise. After all, neither Garrett nor Becca paid for the ring. And Becca’s ring seemed rather expensive. Life & Style reminds readers that it’s the second-largest ever in Bachelorette history. The value could easily run to 100k.

Becca might just keep it by a small margin

Bustle reports that Jesse Csincsak shared about his season of The Bachelorette. Jesse mentioned that the rings come along with some sort of contract. The rings don’t actually belong to the people in the show. At least, until a significant amount of time goes by. Obviously, that prevents people from going onto the show, hooking up, and then making off with a high-value ring and no intention of marrying.

Bachelorette and Bachelor rings come with a timeline attached. Apparently, if the couple remains together for two years they might keep the ring. Well, Becca and Garrett celebrated their second year together in May this year. In fact, Becca shared the happy anniversary on her Instagram. She said, “remember when you opened the ring box backwards? That’s when I knew I was in for the time of my life. Two years down, hopefully, 68 more to go ❤️ I love you G.”

Well, so much for 68 years. Becca may get to keep the ring by the small margin of remaining together for 86 days beyond that two-year period. Maybe one day, fans find out that she intends to do with the ring if the Bachelorette contract allows her to do so.