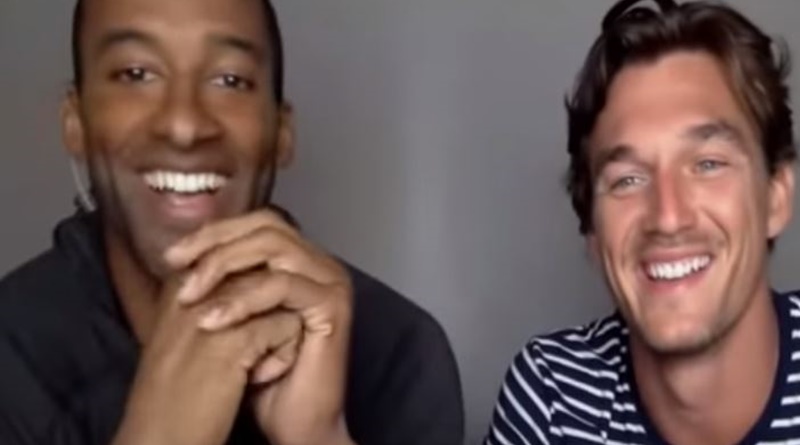 Bachelor lead, Matt James, and former Bachelorette contestant, Tyler Cameron, became friends at Wake Forest University. They played football together and remain firm friends to this day. In fact, they share an apartment in New York. So, when Matt joined the ABC franchise, Tyler gave him some advice about being himself, we reported. Now, Tyler talked about Matt’s bedroom in their apartment, and it sounds like fun.

Fans might recall that about a week ago, Tyer shared some photos of his own bedroom. It looks really stylish. People shared some other photos and this showed the interior of the living space with lots of light, modern, and very neat. But, according to Tyler, Matt’s bedroom’s a different story. Apparently, he has his very own bedroom theme in mind. And, it sounds a little bit off the wall but it’s an interesting insight into the new ABC star.

According to Tyler who spoke to the outlet, “I think it’s like a jungle theme that just never pans out.” Plus, Tyler noted that when they return from Jupiter, they need to “work” on it. ” Tyler said that “you’ve just got to see it.” Which of course, makes everyone want to see it right now! Apparently, Matt incorporated things like “pancakes, lions, and hyenas. ” Tyler said that he hung up photos of animals and breakfast. In the midst of all that, the new Bachelor lead put up a “middle school jersey.” So, Tyler’s like, “Dude, what is going on in here?’

Matt James shares no wild animal photos on his Instagram

Over on Matt’s Instagram account, no photos of wild animals feature at all. Well, one shows a horse, but it’s not a wild one. In fact, the closest thing to a jungle, is one lonely post from Jackson Hole, Wyoming in September 2015. There, for some reason, he sits perched in a tree. Perhaps Matt just likes The Lion King movie or grew up on The Jungle Book. Unfortunately, we know a lot of things about Matt, but nothing about that side of him.

A fondness for breakfast seems easily justifiable on his bedroom wall. After all, millions of people love food and he works with Tyler on ABC Food Tours. Even the middle school jersey brings something most people relate to. But, topping those off with a jungle theme and wild predators seems a bit hard to figure out. Perhaps, one of the lucky ladies in The Bachelor finds the key to that.

What do you think about the decor in Matt James’ bedroom? Do you think it sounds like a lot of fun? What are your thoughts on what it says about Matt? Sound off in the comments below.