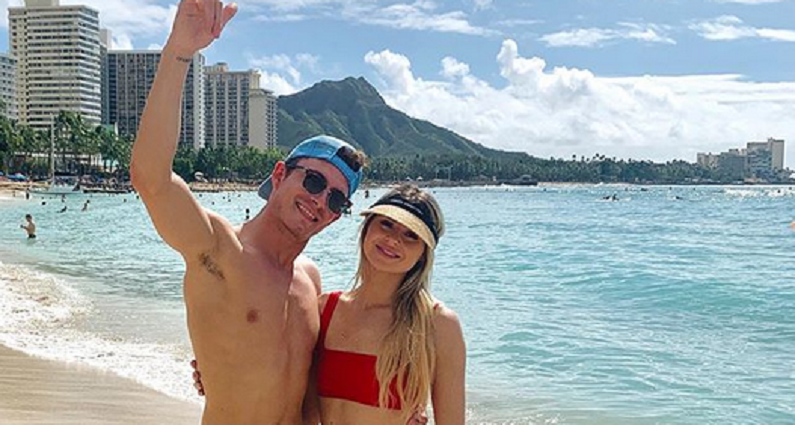 James Kennedy and his girlfriend Raquel Leviss defended Lisa Vanderpump. This comes after a class-action lawsuit filed against SUR by a former employee.

She claimed that Vanderpump doesn’t pay her employees. In addition, the restaurant boss did not allow appropriate breaks and meals for their staff.

Hanson also accused her of manipulating wages. Now, James and Raquel are sharing their support for their boss. They claim they never had a bad experience while working there.

Both Bravo stars say they received fair treatment while working on Vanderpump Rules. James Kennedy and Raquel Leviss support their boss amid the drama, as per Inquisitr. Kennedy tweeted his support for his second mom. He said that his experience while working at the WeHo restaurant as a busboy and DJ was not as Hanson described.

“I’ve always taken a break when I wanted and have always gotten paid the correct amount,” Kennedy wrote on Twitter. “Even looking back since I was a busboy it was legit and fair. Been at SUR for years now.”

In addition, Kennedy’s girlfriend, Raquel Leviss, jumped in on the conversation.

“This is so ridiculous,” Leviss added. “Since working as a waitress at SUR for two years have always taken a break when I’ve wanted one and always gotten paid fairly. It has never been an issue.”

Some fans wanted to know if the Vanderpump Rules stars got better treatment than SUR’s “regular” employees. Leviss says she “promises” that’s not true.

“When clocking in for work my co-workers and managers treated me the same as any employee and I received the same hourly rate,” the model explained. “The only special treatment I got was from the tables I waited on.”

Hanson is asking for a fair jury trial and seeks damages for wages earned and owed to her.

James Kennedy and Raquel Leviss aren’t the only ones defending Vanderpump. Her attorneys are too. SUR’s lawyers denied the accusations in a statement to Page Six. The statement argued that the company has a “fair” and competitive compensation package. It also reiterated that the restaurant has “extensive policies and procedures in place.”

“During this difficult and challenging time, we will continue to strive to responsibly and safely reopen our restaurant in order to return our valued employees back to work,” the statement read.

Vanderpump has received many setbacks in the past few months. She’s been hit with criticism over the lack of diversity on the Bravo series.

Sources close to the show have a feeling that Vanderpump Rules will not return for a ninth season. And if that wasn’t enough, Villa Blanca reportedly closed after it received complaints.

Earlier this year, another former employee who worked at Pump, SUR, and TomTom filed a class-action lawsuit against the television personality and her husband. The lawsuit detailed accusations similar to Hanson’s lawsuit. However, Hanson’s lawsuit only includes SUR and not the other two restaurants.