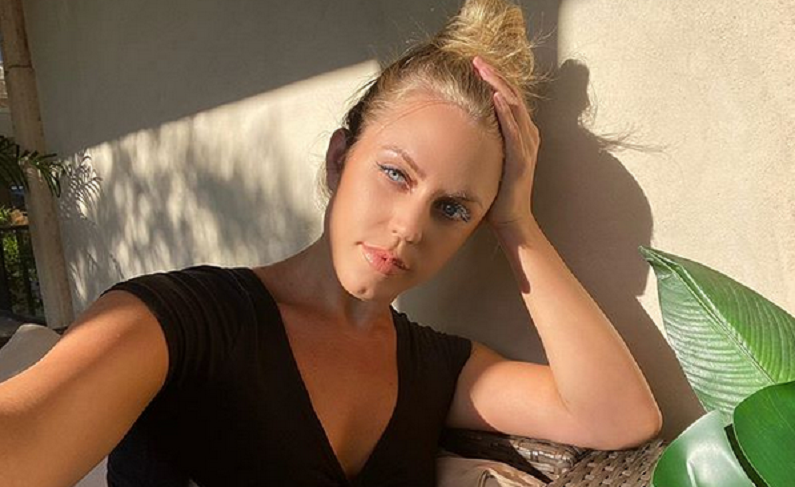 Vanderpump Rules star Danica Dow and ex-boyfriend Brett Willis got into a heated argument. Brett accused his then-girlfriend of choking him after the couple argued over him “not cleaning” his dish until after watching an episode of 90 Day Fiance. New details have emerged since Danica filed a restraining order against her co-star.

In the new legal documents, Brett fired back at the VPR star after she filed the restraining order against him. She claims that he entered her house in the middle of the night and cut up all of her clothes with a pair of scissors. Now, Brett has more allegations to make, and one of them happened after a night of watching reality TV.

According to the legal documents, obtained by The Blast, Danica Dow and Brett Willis got into an argument on Thursday, July 9. Brett claims that she “grabbed” him by the neck so hard that it drew blood. The fight took place after an episode of 90 Day Fiance ended. Now he’s filing a restraining order against Danica.

“After a disagreement over not cleaning my dish until an episode of 90 Day Fiance was over, I decided to sit outside on the porch area until I felt Danica was calm enough for me to come inside and join her in the bedroom,” Brett wrote. “We continued the disagreement until Danica grabbed my neck twice, each time digging her claws nail and pulling hard enough to scratch off some skin from my neck.”

Thinking about you ❣️

Brett claims that his neck “Bled a little.” Meanwhile, the VPR star recalled other incidents when Danica allegedly assaulted him. Brett claims “after coming home from a post-Super Bowl gathering at Rock and Reilly’s, (a bar in West Hollywood) Danica continued her disdain about a girl that I had relations with while Danica and I were not together (early January).

The reality star claims that Danica lunged at his neck again and ripped his shirt opened. She made sure he couldn’t leave the room. Brett tried to make a move for it, but that she “grabbed my arm and bit into my outer arm (bicep/tricep drawing blood.)” He also included photos of his alleged injuries.

Brett Willis has proof of both incidents

But that’s not all. On New Year’s Eve, Danica Dow and Brett Willis argued in his room. And then “Danica decided to hit me across the face to shut me up.” Brett claims to have both video and photographic evidence of what happened.

He also mentions that the physical altercation took place when both reality stars worked at SUR restaurant. VPR fans remember when Lisa Vanderpump suspended Danica from the establishment following an argument with her then-boyfriend at work.

Brett also claims that Danica assaulted a date she brought as her plus-one to the Vanderpump Rules Season 8 premiere party. Law enforcement had to get involved this time around. Brett wants a judge to prevent Danica from speaking negatively about him. He also wants his ex-girlfriend to act “professional” while the couple is at work.

Stay tuned to TV Shows Ace for the latest on Danica Dow and Brett Willis.