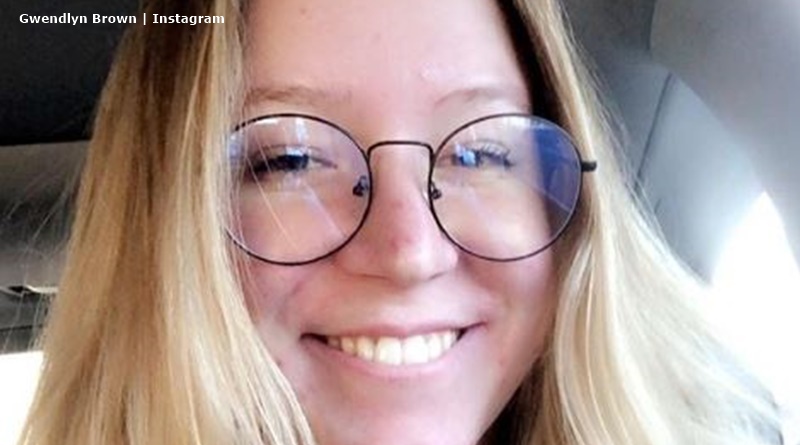 Sister Wives fans know from social media that Gwendlyn Brown gets very vocal about Black Lives Matter. So does her half-sister, Mariah Brown. But very often these days, she posts on Instagram stories about LGBTQ things. Of course, she could just do it in support of Mariah. But, fans speculated about her being a part of the LGBTQ community as far back as January this year.

Gwendlyn just shared another post about boycotting a store. We reported back in June that Gwendlyn called for a boycott of the Olive Garden in Flagstaff. That came from alleged racist attitudes by the staff there. And, as the BLM protests continue, she shares a lot more about the organization. However, more and more, she becomes very vocal about LGBTQ rights issues. Almost every day, she shares something on her Instagram Stories about it.

Now, she shared another post calling for a boycott of Chik-Fil-A. In that post, she talked about how they donate money to “anti-LGBTQ charities.” Plus, she noted, “Call me crazy, but the idea of my money being used to teach young lgbtqia folx to hate themselves just doesn’t sit right.” Well, that might seem a common sentiment and not something only LGBTQ people might share. But, fans suspect the volume of her pro- LBTQ posts might indicate something. 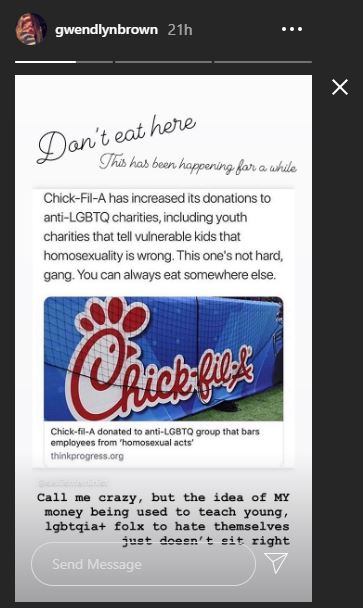 Reddit started speculating about Gwendlyn being LGBTQ in the new year

In January, Gwnedlyn mentioned on her Instagram that she doesn’t have a boyfriend. She noted that the family won’t allow her to date until she turns 18. And, it seems she feels nobody’s “interested.” Around about the same time, she shared a post about “soaring to new heights.” That got picked up and shared on Reddit because of the very prominent rainbow on the post. Fans thought that maybe the fact she has no boyfriend, combined with the rainbow indicated she subtly came-out.

One Sister Wives fan commented that they saw somewhere that Gwendlyn came out as bisexual. And there’s a Twitter account in her name on it that states, “BLACK LIVES MATTER • Raging Bisexual • she/her.” But, only a few posts show and it’s not clear that it belongs to the real Gwendlyn at all. In fact, it could be someone else who looks vaguely like her.

Her Instagram bio doesn’t mention anything about her being bisexual. 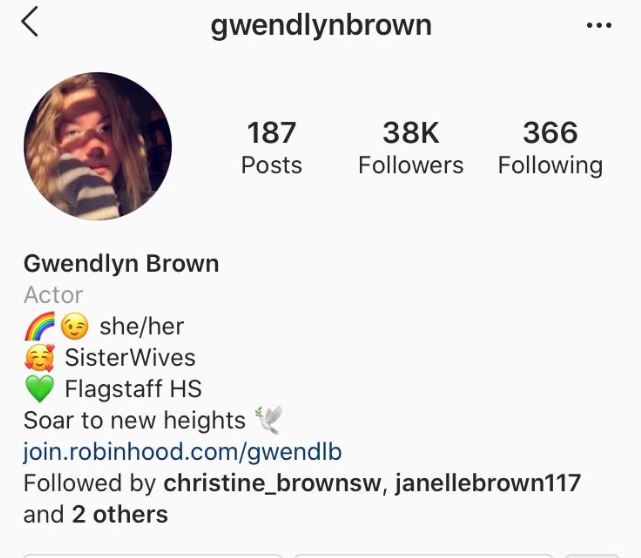 Other Sister Wives fans think it possible that Gwendlyn’s LGBTQ

One Sister Wives follower commented, “Gwendolyn strikes me as a woman who knows who she is. So it wouldn’t surprise me if she understood that about herself,” Another one agreed, noting,  “Me too. As a queer woman myself, this was really sweet to see.” And, a few others talked about the chances of more LGBTQ people in a family that size. Even Janelle commented on that at one stage.

Do you agree with Sister Wives fans on this? Sound off in the comments below.