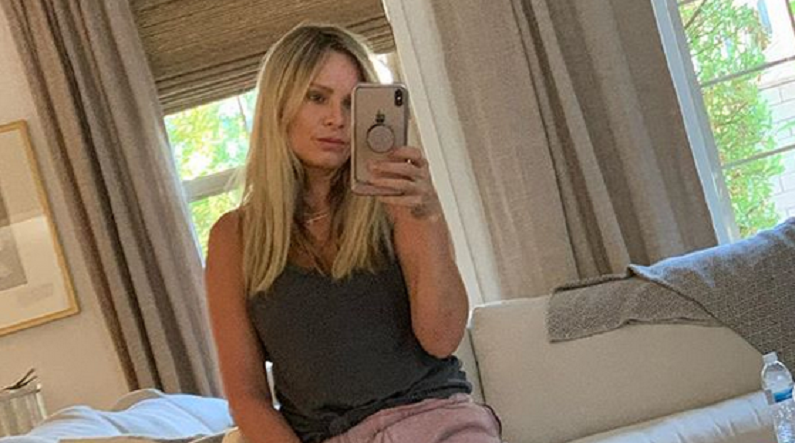 Tamra Judge addressed the alleged affair between Denise Richards and Brandi Glanville. It reportedly took place in April 2019, one year before production started on Season 10 of The Real Housewives of Beverly Hills. But as TV Shows Ace previously reported, RHOBH fans are confused over the timeline. They noticed changes in Denise and Brandi’s stories.

Now RHOC alum Tamra Judge is speaking out. She feels that Denise got set up. The rumors continue to swirl as Brandi alleged that she slept with a happily married Denise. She also revealed that her RHOBH co-star has an open marriage. But Tamra doesn’t believe any of Brandi’s claims.

Everyone has been sharing their thoughts on the shocking affair claims surrounding Brandi Glanville and Denise Richards on The Real Housewives of Beverly Hills.

Some fans are on #TeamDenise while others remain on #TeamBrandi. They’ve also been divided over how both women share their own stories. Tamra Judge was the next one to voice her opinion on the matter, as per Monsters & Critics.

“Poor Denise,” Tamra wrote in the comments section along with a sad-faced emoji. “Clearly a set up.”

As RHOBH fans remember, Denise famously yelled “Bravo, Bravo, Bravo” during a previous episode. She wanted to shut down the cameras from filming a scene in which her co-stars discussed her alleged affair with Brandi during a nice dinner in Rome, Italy. She didn’t want the general public to learn about the rumors surrounding her and Brandi. Denise broke down the fourth wall and told producers not to let the scene air.

Dorit Kemsley followed behind Denise. She whispered under her breath that producers won’t cut the scene. But Denise didn’t care. She said that she would immediately get on the phone with her lawyer. The reality star is also said to leave the show in the middle of the season.

TV Deets agreed with Tamra Judge that the scene was “frustrating to watch.” However, some RHOBH fans disagreed with the RHOC alum. They wanted to know where she got her information from.

“How do you know? Were you there?” one follower asked.

But most fans wanted to know why Tamra was sure that the Denise and Brandi affair was set up. But some agreed with her that the plot was nothing more than a ratings ploy, as per The Blast. Even Vanderpump Rules alum Kristen Doute shared her opinion by saying she’s on “Team Denise” with the hashtag.

What are your thoughts on what Tamra Judge said about Denise Richards? Do you agree that the Wild Things actress was set up? Sound off below in the comments section.