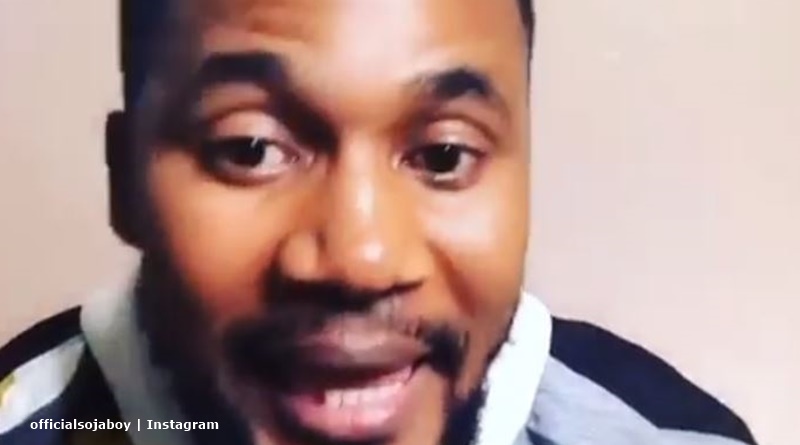 90 Day Fiance fans heard all about the divorce drama between Lisa Hamme and Usman. And, some from Lisa’s side left rather nasty comments on her social media. Anyway, it looks like there’s no going back for Usman. He just hilariously shaded Lisa and also said that he runs for his life.

On Thursday, August 6, Usman went onto his Instagram and shared a TikTok clip. He captioned it with, “This Guy wana [sic] kill me before my time.” In the actual clip, fans heard someone who sounded like maybe a radio host. They said, “You have two options. Option A is to stay with your wife for the rest of your life.” Meanwhile, each word got a reaction from Usman. When he heard about staying with his wife for the rest of his life, he got a horrified look in on his face. The voice continued with, “Option B…” Usman never waited for what option B entailed. He simply said, “B, B I choose B!”

90 Day Fiance fan thought that hilarious. In the comments, they told him he didn’t even wait for “option B,” But he said, “but we just have to go for it Bcus it will…definitely be better than A.” Then, later on, he confirmed that he will definitely get a divorce from Lisa. Plus, he told another fan he needs to “run for his life” away from Lisa. Plenty of fans laughed at the video and told him he’s a natural actor. But, others warned him that Lisa would get really angry when she sees it.

This Guy wana kill me before my time

What went wrong between Lisa and Usman aka Sojaboy?

We reported that “the happy bride and groom now look like they are heading for divorce.” Lisa talked about it in an interview with The Domenick Nati Show in mid-July. She said that she heard via the grapevine that Usman filed for divorce. But, she believes he goes through with it. For some time, she wondered if she could accept that or not. But, it looks like she also moves on from him. There were also counter-accusations over money given or not given and much more on her Instagram.

But the elderly 90 Day Fiance star’s not afraid to wade in with saloon language and insults. Fans warned Usman to expect backlash. But really, he’s far away in Nigeria. It sounds like he moved on and as one fan said, he probably already found someone nice in his own country. And, it looks like Lisa toned down her somewhat nasty posts on social media since she started hanging with Rocco Straz and talking about new opportunities.