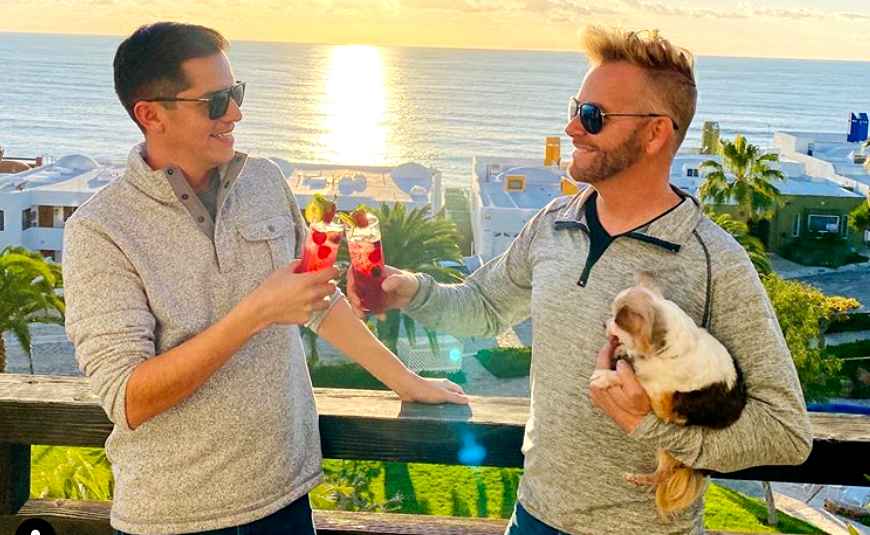 Kenneth Niedermeier and Armando Rubio are the first gay male couple on 90 Day Fiancé: The Other Way. While there is an age difference, Kenneth and Armando seem perfect for each other. Now TLC has teased in a preview that Kenneth will propose to Armando. Have they tied the knot?

90 Day Fiancé: The Other Way stars Kenneth and Armando heading for marriage?

Fans can look forward to Kenneth going down on one knee to propose his love to Armando. This is set to happen on the next episode of 90 Day Fiancé: The Other Way. Kenneth and Armando swiftly became fan favorites as this season opened, so this is wonderful news! Of course, we have to wait with bated breath to see if the handsome Mexican says yes.

Kenneth is a father of four grown-up children, while Armando is padre to a young daughter. The pair met on an online forum for gay fathers. Kenneth hails from Florida and is almost twice Armando’s age. However, so far this doesn’t seem to be a problem.

Kenneth told his four adult children of his decision to move to Mexico to be with Armando and they support him. But there might be problems on Armando’s side, as he will have to convince his conservative Mexican family. So far, Kenneth is trying his best to embrace the Mexican culture and all it entails. Meanwhile, Armando is starting a new life with his soulmate and his little daughter, Hannah.

Kenneth and Armando and the big proposal

90 Day Fiancé fans have missed seeing their favorite couple this week. However, the new teaser for the next episode gives true hope. TLC’s preview shows Kenneth preparing to propose to Armando, with a little help from his daughters. Hopefully, Armando will say yes! As for Kenneth, he made a post on Instagram about the proposal, simply captioning it with the words “Will he say yes?!?!”

Fans are aware of the NDA 90 Day Fiancé couples sign with TLC, so we don’t get to see any content that could predict their future. However, Kenneth couldn’t resist these screenshots!

While Kenneth and Armando have to keep mum, it turns out Kenneth’s daughter Cassidy accidentally let the cat out of the bag in April. Cassidy is one of Kenneth’s 23-year-old triplets and is a model in Tampa. She had commented on a 90 Day Fiancé trailer with the words “Seriously so excited to see my dad’s story.” But as per Screen Rant, Cassidy has dropped a number of hints about Kenneth and Armando being happily married in Mexico on her Instagram.

Reportedly, the post of April 28 has since been deleted. However, Cassidy captioned it to say “Seriously missin my daddy… can’t believe you moved to Mexico almost 5 months ago.”  She continued by saying life was not the same without him. She misses seeing his face and hearing his voice all the time.

Cassidy continued by writing,  “Literally in tears right now writing this, my daddy is my best friend.” She writes, “and although I am so happy he’s livin’ his best life in Mexico with the love of his life, my heart isn’t the same without him around.”

While the post is no longer around, some group images of the 90 Day Fiancé couple do remain with the word family in their caption. For now, fans will have to keep up with Kenneth and Armando’s story on 90 Day Fiancé: The Other Way on TLC, Mondays at 9 pm EST.