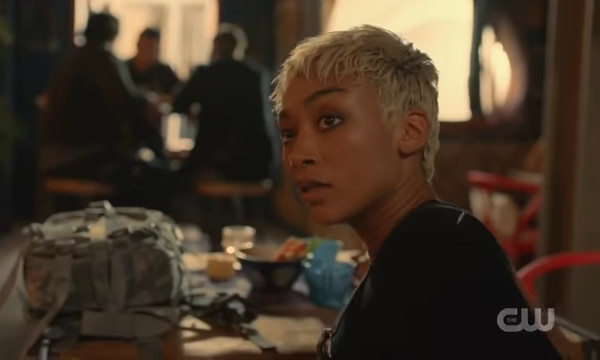 Warning: Minor The 100 spoilers are in this article. Back out now if you haven’t watched the August 5 episode. Go watch it, then come back.

The current Season 7 of The 100 is also its last. For a show that isn’t afraid to kill off main characters, that leaves everyone’s favorites in jeopardy. Some of the stars of the show spoke at Comic Con @Home last month about expecting their characters to die at any time.

While this final season is fantastic, it is also extremely disjointed. Characters are missing for episodes at a time. In fact, viewers have only seen Bellamy (Bob Morley) a handful of times before he “died.” Fans debate constantly if he’s actually dead. We may get our answers next week, per heavy.

Gaia Hasn’t Been On The 100 Since June

In a June episode, Gaia was given the additional task of guarding the Anomaly Stone. The stone is a portal to other planets. In the episode, Clarke (Eliza Taylor) and her cohorts went exploring through the stone, searching for Bellamy and other missing characters.

Shortly after Clarke and Co. went through the “green cloud,” someone in a Disciples suit knocks Gaia over the head. The mystery person then drags her into the cloud. The Anomaly Stone then shuts down.

Gaia encounters an unexpected hitch in the plan. Stream #The100 free only on The CW: https://t.co/QosrTOXAu8 pic.twitter.com/bXwHEKfBxY

In the episodes since, Clarke planet-hopped until she landed on Bardo. There she reunites with Octavia (Marie Avgeropoulo,) and other familiar faces. One of whom doesn’t make it out of the episode alive. But still, no Gaia OR Bellamy. Fans have their own theories about what happened to both characters.

One fan theory is that it was Bellamy who dragged her into the Anomaly Stone. However, he would hardly attack the Flamekeeper. So, fans further speculate that he has amnesia or had no choice.

Most fans agree that Bellamy is likely NOT dead. Rather, they think he got caught in the Anomaly Stone after the explosion and is on a planet we haven’t met yet. Given there are only six episodes left in The 100, they have a lot of explaining to do.

Fans are hopeful that the CW will pick up the prequel, The 100: Second Dawn. Viewers already got a glimpse of the prequel during The 100’s Season 7. Episode 8, “Anaconda,” was the back-door pilot for the potential spin-off.

The August 5 episode left fans with another question: Did Indra survive Single Combat??

Tune in to The 100 Wednesdays on CW to learn the fate of Gaia, Indra and Bellamy.