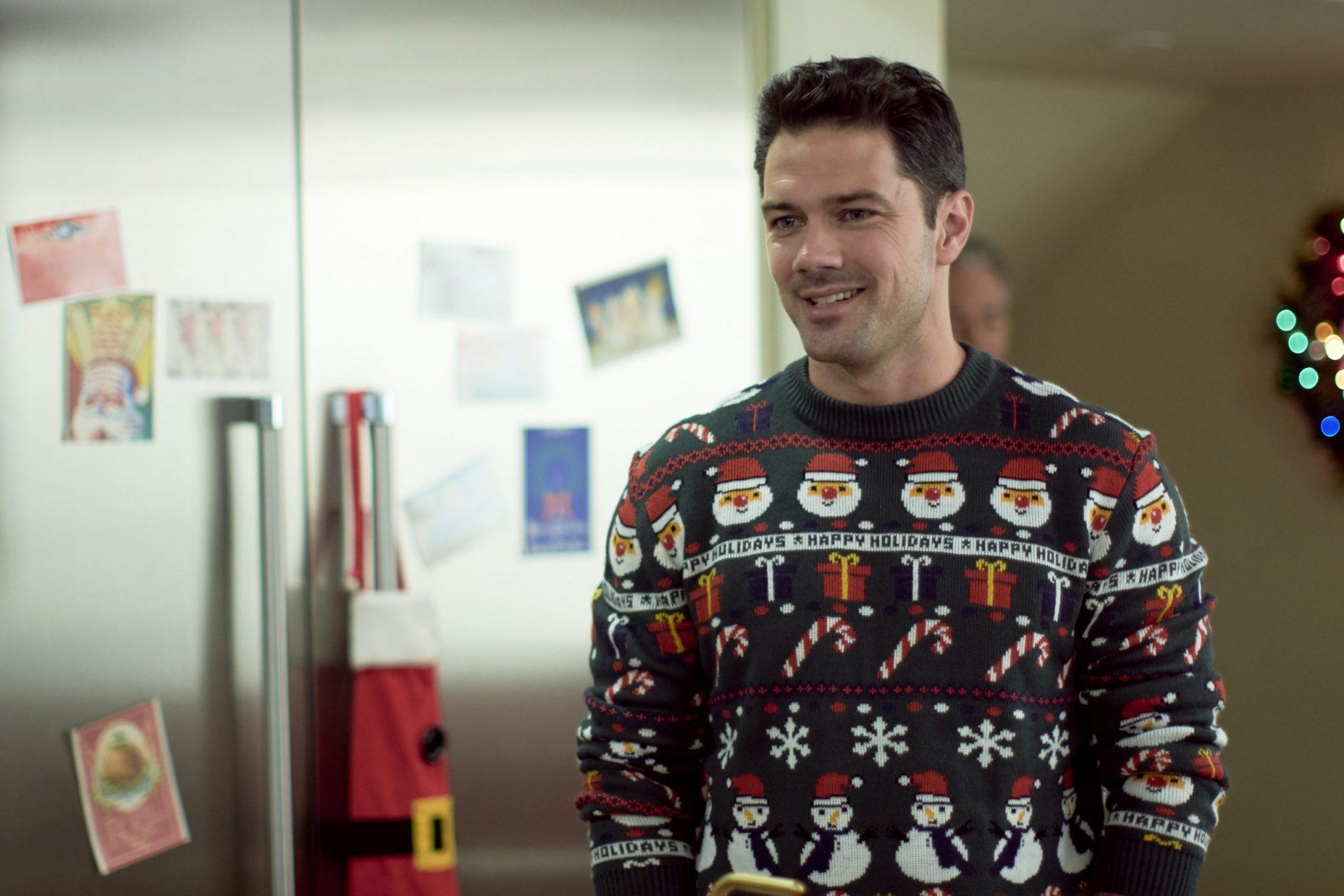 Ryan Paevey is focused on Christmas. He is currently under quarantine in order to film a new Hallmark Christmas movie. He has been having fun during this required quarantine. But that is not all. He has recently shared some of his personal Christmas memories with fans

Now that Hollywood North has opened up, Hallmark has been busy getting their stars to Vancouver and filming started. Former General Hospital star Ryan Paevey is one of those stars. He has been on a 14-day quarantine in the beautiful Canadian city. How is he entertaining himself? By posting photos on Instagram, and sharing some favorite memories with fans. This includes time with his best friend’s “littles.” Ryan is great with kids!

Ok, he is in Canada now, getting ready to film a new Hallmark Christmas movie later in August. What do we know about his new Christmas movie? Right now, nothing. We don’ know the name of the movie.

Everything is quite hush hush. He has not revealed his co-star. All we know is that Ryan Paevey will be in a 2020 Hallmark Christmas movie. We also know that we will love it, just like we loved the 2019 holiday classic, Christmas At The Plaza.

Speaking of the holidays, how does Ryan Peavey celebrate Christmas?

Vancity quarantine day 6….I know I’ve posted this before, but I’m doing it again, because i miss my littles. (They’re my best friend’s kiddos, but i steal em whenever i can)

He has been reminiscing a lot of late. Ryan Paevey recently took over Hallmark’s Instagram stories. He shared his own Christmas memories. Ryan admits he is not an expert holiday decorator,  but his mom is an expert decorator. Usually, it is just Ryan and his mom for Christmas. His folks were separated when he was very young. So, Christmas was just the two of them.

His mom is a Martha Stewart-type. In other words, she goes all out, over the top, every Christmas–and it is all done just for him. Ryan’s mom is the “holiday person.” His reciprocates by doing two to three hours of dishes. Acts of service is their love language.

The Mr. Darcy star seemed very touched as he revealed that his mom has saved decorations since he was just a kid. She always looked for ways to “fancy up” Christmas. He doesn’t have a particular favorite decoration, but he says that the collection keeps growing after over 30 years of collecting.

As for presents, they did have a ton of presents. He is really not into a “lot of stuff.” Family time is what is important. On his dad’s side, he is always exploring, and getting out into nature. Ryan Paevey and his dad like to go fishing together.

Presents may be an envelope with the promise of a trip. One year, he got a trip to Costa Rica. Ryan also loves to surf, and one of those Christmas presents led to this love.

Ryan remembers his favorite Christmas. This is when his family stayed home. He chuckled as he shared that he always got to open one present on Christmas Eve. That is because he could not wait. And one day, when he has kids, Ryan Paevey will let them have one on Christmas Eve.

When he was a kid, he was up at dawn waiting for his mom to wake up. Times have really changed. He doesn’t get up early nowadays. He likes to sleep in!

How Would Hallmark Hunk Spend Christmas With You?

First, Ryan Paevey loves champagne. His love of nature is something he could bring to the table. Simple stuff is his kind of thing. He likes to get out into the woods, have a cookout over a campfire and uncork a bottle of champagne. Very romantic!

His fans know that he has a lot of wanderlust. If he was spending Christmas with you, he may want to plan a trip to someplace new, or somewhere sentimental. This would be somewhere you have been before.

Ryan Paevey’s idea of Christmas sounds very romantic and very sweet! What do you think?