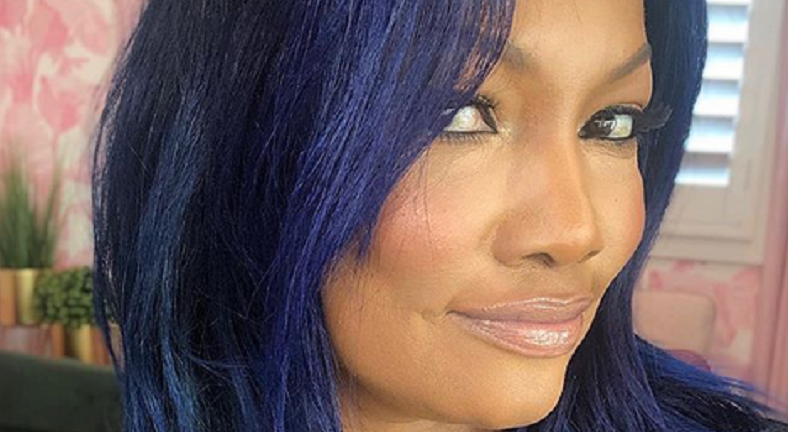 It’s no secret that Rinna loves to dance “nearly naked” on Instagram. She just posted a video of herself dancing in lingerie from Rihanna’s popular line, Savage X Fenty. Rinna dedicated the video to the singer as she to her hit song “S&M.”

On Wednesday night’s episode of The Real Housewives of Beverly Hills, Lisa Rinna admitted that she loves doing her dancing videos. They’re not just for her fans. She makes sure that her daughter, Amelia Gray Hamlin, watches them as well. But Garcelle Beauvais isn’t crazy with Rinna’s half-naked dancing videos. She’s more concerned about how her daughter feels about her popular Instagram videos, as per Us Weekly.

The topic came up during the Wednesday, August 5 episode of RHOBH. Kyle Richards asked Rinna how her mother, Lois, felt about her social media videos.

“Why does Lois think about the dancing on Instagram in your underwear?” Kyle asked during the group dinner in Rome.

When @celestebarber does you. You’ve made it. 😂🙌🏼

“I do a lot of stuff on Instagram because Lois watches Instagram,” Rinna explained. “She sees everything. She has an iPad. Even though I know I’m being ridiculous, I always know that she gets to see everything and the girls. I think it really is great for her.”

Garcelle shared in her confessional her real thoughts about Rinna’s videos.

“I love that Lisa’s free enough to do the videos and be dancing, but the dancing nearly naked is not a choice for me if I had a daughter that had body issues,” the Come to America star said.

Amelia has been open about her struggles with anorexia since 2018. The model recently fought back at trolls who accused her of making up her body image issues to get more screen time on the show.

As TV Shows Ace previously reported, Amelia admitted that her famous mom “forced” her to be on the show. If she had it her way, she would avoid it at all costs.

Despite what Garcelle Beauvais said, Lisa Rinna continues to dance on Instagram

The RHOBH star honored Rihanna on Wednesday, August 5. She decided to dance in the singer’s sultry lingerie and hot single “S&M,” as per The Blast. Rinna showed off her slim figure as she moved around like a belly dancer.

“When @badgirlriri sends you @savagexfenty you DANCE. Periodt,” the reality star wrote.

She dances like no one’s watching, but plenty of people were.

“Yaasss!” Dorit wrote in the comments section. Meanwhile, comedian Leslie Jordan quoted Stevie Knick and wrote, “Give to me your leather, take from me my lace.”

When @badgalriri sends you @savagexfenty 😻😻😻😻 you DANCE. Periodt.

Even Rihanna jumped in on the fun. She wrote, “Truer words have never been spoken,” referring to Rinna’s caption.

But it’s not all about her. Over on her Instagram Stories, Rinna shared dancing videos from her followers and famous celebrities. Since Garcelle unfollowed Rinna on Instagram, she’ll no longer get to see her videos.

What are your thoughts on what Garcelle Beauvais said about Lisa Rinna’s dancing videos? Sound off below in the comments section.