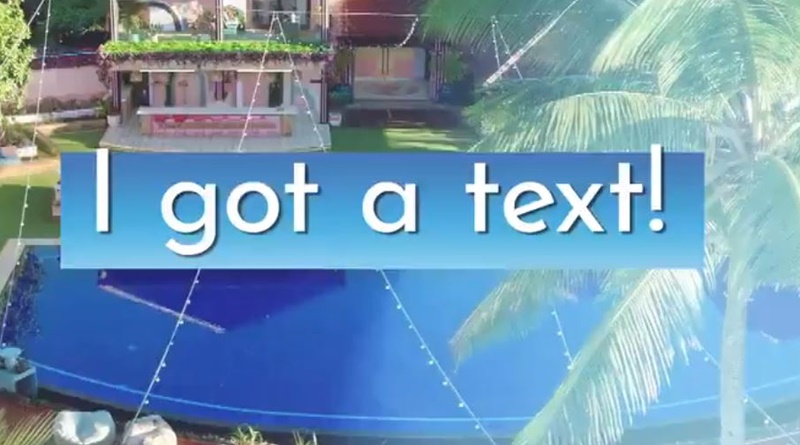 Love Island Season 2 news came from CBS  in February 2002. But, the premiere date only recently got revealed. Fans don’t need to wait long now, as it arrives on August 24. The dating show brings a new cast to the popular show. Recall that last year, CBS claimed that it became the most popular reality show on CBS All Access and CBS.com.

Love Island Season 2 originally slated for a May release

Originally, CBS expected the second season would come on May 21. They promised a two-hour season premiere. Like so many shows, the delay arose because of COVID-19. Actually, the format changed somewhat because of the virus, as well. ET noted that “The season will be filmed in Las Vegas, sequestered in a ‘bubble’ at Caesars Entertainment’s boutique hotel The Cromwell.” Unfortunately, the announcement about the premiere date listed none of the cast.

Familiar faces include Matthew Hoffman as narrator and Arielle Vandenberg as the host. But, the coronavirus remains with us to this day. So, plenty of precautions take place, according to a statement by CBS. Isolated in the quarantine “bubbles,” they all test for the virus regularly. In fact, that pertains to the production crew as well as the cast. As the season progresses, testing takes place often. And, every single day they all undergo a screening process.

Expect a lot of social distancing with PPE like masks. The Love Island producers brought in special “COVID-19 compliance officers.” Their job revolves around the monitoring and enforcement of “all health and safety COVID-19 protocols.”

Trailer for the show

The trailer released via Twitter shows very little other than a few people in swimming suits. Oh, and someone yells out about getting “a text.” But, not many fans seem ecstatic about the news. One person complained, “Great…how about not coming on before Big Brother this year and totally sinking us.” And another one commented, “Now don’t drop the ball this time. Do it just like the UK version that’s it.”

I got a text!!! An all-new season of Love Island premieres August 24th on CBS. 💕 🎰 #LoveIslandUSA pic.twitter.com/8mtmqvoXh3

If you don’t know, Love Island UK started before the USA version. Season 1 aired in the USA last year with moderate ratings. Overall, the singles get together in a stunning villa in a beautiful tropical location. They all look for love but expect a lot of drama and twists and unpredictable turns.
Are you glad that the show returns soon? Sound off in the comments below.