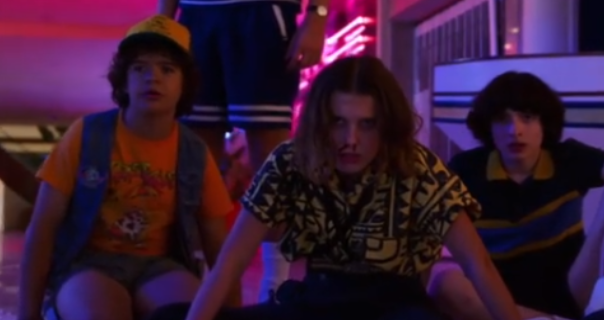 Do you love interesting fan theories? We have one you’ll definitely want to hear. Production on Stranger Things halted in March when the pandemic hit, so we aren’t sure when Season 4 will come out on Netflix. However, in the meantime, fans are making wild speculations.

CBR recently reported on a Reddit fan theory that actually makes some sense. The fan rewatched the series and came up with an idea about the Demogorgon. They propose that the Demogorgon may actually be a twisted version of Will Byers after the Mind Flayer corrupted him.

The Reddit user suggests that the Upside Down is a parallel universe that takes place in a different time period than 1980s Hawkins. The Mind Flayer is Will from the future who wants to change Hawkins as we know it to suit its needs. The idea is a little complex, but it’s not completely impossible. Read through it and let us know what you think.

When Will Stranger Things Be Back?

We’re all pretty bummed we probably won’t see Stranger Things this fall, but star Natalia Dyer says it may be a “blessing in disguise.”

“Normally, we get the first few scripts, and then they have to keep writing due to the schedule of it. And it takes a while to craft a script. So, normally, there’s a kind of ‘writing as we’re going,’ but it seems they’ve had enough time. I think it’s maybe been a blessing for the writers, in some way, because they had the time to just sit down, think and create,” Natalia tells The Hollywood Reporter.

In June, the Stranger Things writing staff posted this photo on Twitter:

Back in May, we reported on how star Joe Keery said Season 4 is supposed to be the scariest yet.

“Oh man, it’s pretty amazing – the Duffer brothers have really done it again,” Joe said in an interview with Total Film Magazine. “I think that this year – and I know I say this every single year – but this is definitely going to be a lot scarier than prior years because last year was pretty dark.”

We don’t want to spoil anything specific if you aren’t caught up yet. But we will say Season 3 was pretty upsetting. If you don’t mind spoilers, you can check out the Season 4 trailer to get excited.

From Russia with love…