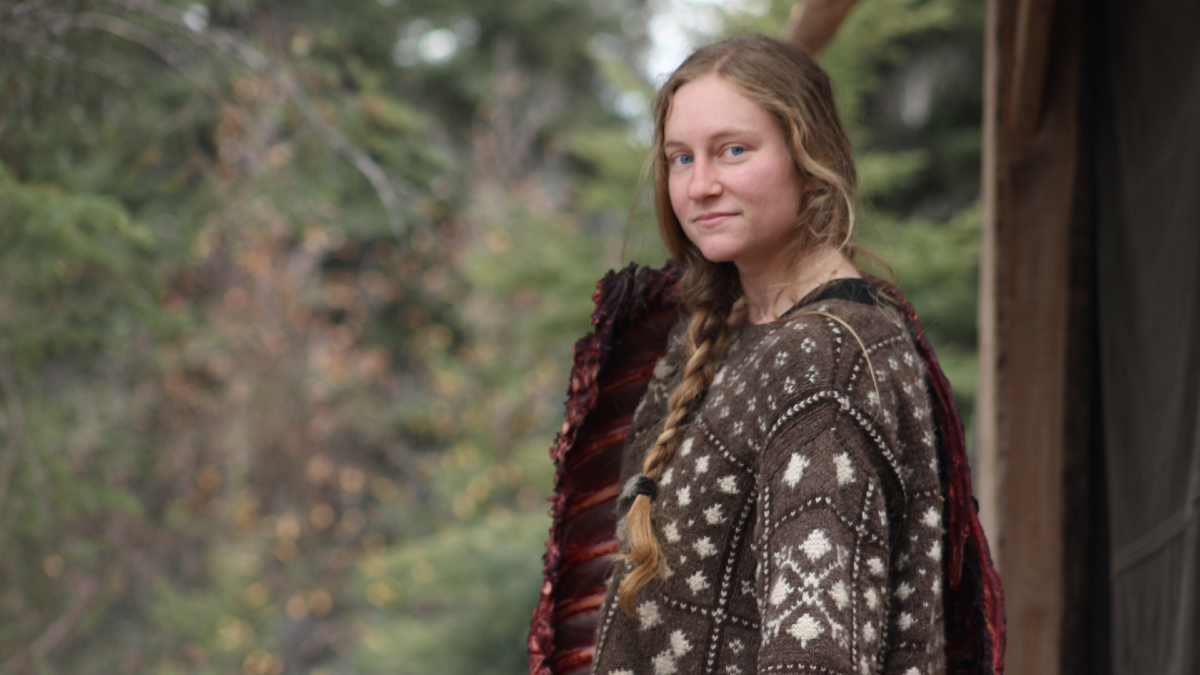 Successful communities have shared value systems. This is a truth that is brought to light in a new Discovery series, 100 Days Wild, as unlikely sorts come together to create a township.

The series will shine a light on seven strangers who will work in tandem and collaboratively on a self-sustaining community up in Alaska.

This new series comes during the sweltering dog days of August, airing on Fridays.

Discovery and producers want to know if you ever wondered if you could give up your connected way of life and live off the land?  It’s a romantic idea for some, rooted in the idea of saving a lot of money and living the way you want to live with no worries about bills.

And for many, homesteading is the only way to go, where you lay your head each night knowing it is all yours, and no one but you is responsible for power, water and food.

To thrive in a tight knit community living off the land might seem like too much work for some, but there is a group of people who find it exhilarating to use the Earth’s natural resources to create a way of life.

COVID and the ALT Lifestyle of 100 Days

Most all of us are very acquainted now with our homes. Has familiarity bred contempt? For some it has.

Discovery notes that many of us have felt our universe shrink in the last couple of months, and people are now relying on others in their communities to make sound decisions for everyone’s safety. They write: “Now more than ever, being able to live together is vital to our survival.”

Discovery’s new series is an expose of sorts on a new generation who leave their homes and every bit of familiar and comfort behind as they set out to take on a vast expanse of Alaska. There’s a whole lot of space for social distancing up in Alaska.

Collaborative skills are key: They must work together to establish a self-sustaining colony where they make their own rules all before winter arrives.

This aforementioned group has never met in person – let alone worked together.

One couple who have set up an off-grid outpost are looking for individuals to create their new community. They come from completely different backgrounds — according to Discovery, they include an Army vet, a sporting goods salesman, a homesteader and a mountain man.

The task? They only have 100 days to work together to hunt, gather, and build before the brutal, arctic freeze.

They won’t survive winter if they can’t survive each other.  A bit of Naked and Afraid XL with weather, shelter and clothing.

In the Tanana Valley, about 200 miles away from civilization, a small band of people have spent the last five years planning their “escape.” There are the group founders Jennifer and Andrew who have searched for others tough enough to forge a self-sustaining colony in the last frontier.

The pair know that new people bring vital energy and skill sets to the table, but the founders have their own rules and expectations of how to live in this unforgiving environment.

They’ve come to Alaska to build the life they’ve been dreaming about, a chance to get off the grid and live life on their terms.

As temperatures drop, the core seven are looking to harvest the Tanana Valley’s extensive natural resources of land and sea mammals and fish.

To survive, they must make four winterproof outposts throughout the river valley. The goal is to hunt and gather enough to last through the sub-zero temperatures. “Successful communities have a shared value system” explains, Andrew in a press release.

No established leader is made evident and everyone is said to be equal, and it is those egalitarian ideals which are quickly tested by human nature and harsh realities of surviving Alaska. Discovery says: “If they can’t figure out the rules, they will fail. All must be playing the same game to succeed. Friendships are borne, romances are developed, personalities clash.”

Rooted in the idea of nomadic living, these brave few are leaving our modern world with its conveniences and complications as they run toward a new way of life and their shared dream of self-sufficiency. Anthropological evidence shows individuals who embrace a hunter-gather lifestyle — living off the land for survival by sharing natural resources they harvest to build and sustain their community – have higher levels of physical health and well-being. Each member of the group has a desire to test their ability to thrive, and not just survive, out of their comfort zone and in a completely different environment. Can they overcome their differences and support each other during a daunting 100-day sprint before winter?

The series  is brought to you by Talos Films. For Talos Films, Julian P Hobbs, Elli Hakami and Peter Goetz are executive producers.

For Discovery, Michael Gara is executive producer and Jessica Mollo is associate producer.

In addition to watching the show on Discovery, viewers can stream 100 DAYS WILD by downloading the Discovery GO app. Viewers can join the conversation on social media by using the hashtag #100DaysWild and follow Discovery on Facebook, Instagram, and Twitter for the latest updates.