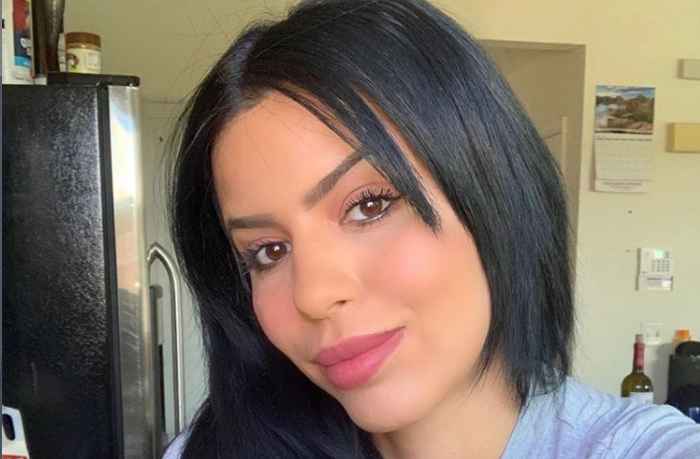 Let’s face it, 90 Day Fiancé star Larissa Dos Santos Lima does enjoy being in the public eye. However, some fans might not realize that she has a son and a daughter living in Brazil. The Brazilian beauty would love to be with her children. However, she says they will never feature on the TLC show, even if they move to the U.S.

90 Day Fiancé star keeps her children from the public

Larissa regularly posts new images on Instagram and interacts with her fans. However, one follower wants to know if her children will be joining her in America soon. They write they would love to see them on the TLC reality show. The reality star quickly responds, writing, “Never on the show.”

Larissa, 33, has two children. One is her son Arry, shared with her former boyfriend, Marcos Hack. She also has a daughter, Luane from another relationship. Currently, Arry lives with his aunt in Brazil, while Luane is being cared for by Larissa’s father. Back in November 2018, Larissa told In Touch that she plans to bring her daughter to the U.S. one day when she is ready to take care of her.

During that interview, the TLC reality star says she and Marcos lived together for two years. However, they broke up while Arry was a baby. She says she got “really depressed” at that time. Because of this, she was unable to care for her son and Marcos’ sister adopted him. Larissa gave birth to her daughter some years later while in another failed relationship.

Family is private for Larissa

Larissa later makes a similar statement to fans. She publicly asks them to understand why she doesn’t discuss her children on the TLC show. She says she really doesn’t want to talk about them, as they are young and can’t make choices yet.

90 Day Fiancé’s Larissa wants to reunite with her kids

Larissa does hope to reunite with her children one day. She admits the decision to let her son be adopted by his aunt “still breaks her heart.” She refers to this as a “very delicate matter” and a regret she has to live with. The TLC reality star does hope to reconnect with Arry when he is old enough to understand why she had to give him up.

Speaking of her daughter, Luana, she had planned to move her to America once she and her ex-husband Colt Johnson were settled. However, since that marriage has ended, it is unsure if she and her latest beau, Eric Nichols, are thinking of taking this step.

Keep up with Larissa’s ongoing drama on 90 Day Fiancé: Happily Ever After? as it airs on TLC on Sundays at 8 pm ET.