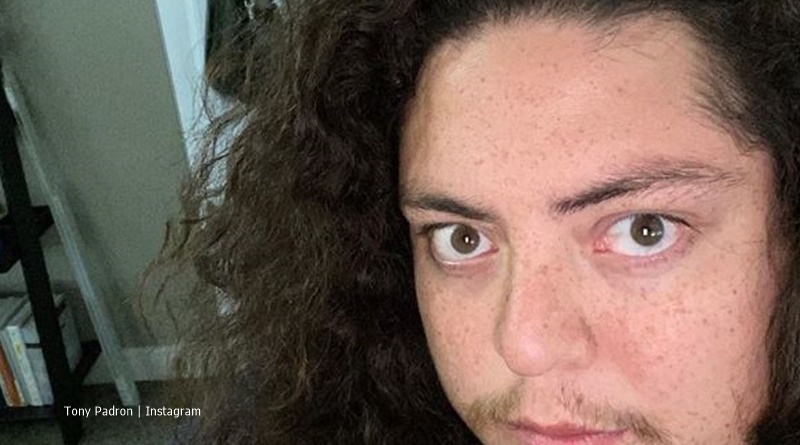 Sister Wives fans just don’t see Mykelti’s husband, Tony Padron in the show. Not since his wedding, anyway. But, he still gets fans who follow him on social media. He and Mykelti live in Utah and Kody revealed he didn’t appear on the TLC show because of his job. Now, he started a “new chapter” working from home. Some fans wonder if he too joined LuLaRoe. But, he also hinted at a possible return to the TLC show.

The curiosity about Tony’s job finally got laid to rest, partially, by Kody in February. We reported that he went on the  Reality Life With Kate Casey podcast. He mentioned that Tony wasn’t a deep undercover spy or anything dramatic like that. In fact, he worked in the banking sector. At the time, his actual job never got revealed. But, it seemed quite a senior position. Kody said, “I mean when you’re on a reality TV show, and you’re trying to work at a bank it becomes extremely awkward.”

Additionally, the patriarch of Sister Wives noted that they “distance themselves” from the show because they value their privacy. Tony Padron runs an Instagram account separate from Mykelti. Recently, he talked about a “new chapter.” On July 26, he said the new chapter involves working from home. His old position with the bank, which turned out to be a loan officer, ended. Naturally, fans wanted to know what he does for his new job.

Tony keeps his job a secret again, but fans speculate about LuLaRoe

In a previous post on July 24, Tony wrote, “Starting a new chapter in life! I’m excited.” And yeah, you guessed it. It’s also so secret he can’t talk about it. Fans grow a bit skeptical. After all, how secretive can it get? So, some fans urged him to deliver the goods. But, others think maybe he works with Mykelti selling LuLaRoe. After all, the Brown family, especially Meri, makes good money off it. Fans asked him straight up if he now sells clothes. But he didn’t answer that question.

Tight-lipped, some fans accused him of just “seeking attention.” But, that’s not likely. He seems very private. Apparently, according to The Sun UK, Tony, along with Kody’s other older kids stepped away from the show by their own choice. Not all of them want publicity, so maybe that’s why he keeps his job secret rather than holding any high-powered position. He won’t spill, even though lots of Sister Wives fans asked him or tried to trick him into a reveal. He later mentioned an “NDA.”

Nevertheless, could his “new chapter” be linked to the Sister Wives show? What about the possibility he returns and signed an NDA with TLC? Out there and wild? Maybe not. In the comments section of a post about a week ago, he shared some artwork. One fan asked, “Please return to Sister Wives. I would have loved your commentary on Kody’s polygamy palace blueprints last season!” Well, Tony replied to that. He said, “thank you! I hope to soon ;).”

What do you think about that? Could he and Mykelti return? In the past, the news came that he just wanted privacy and deliberately stayed away from TLC. That related to his job. But, if the job at the bank ended, maybe the road’s clear for him to reconsider it. Why else would he “hope to soon?” Sound off your thoughts in the comments below.