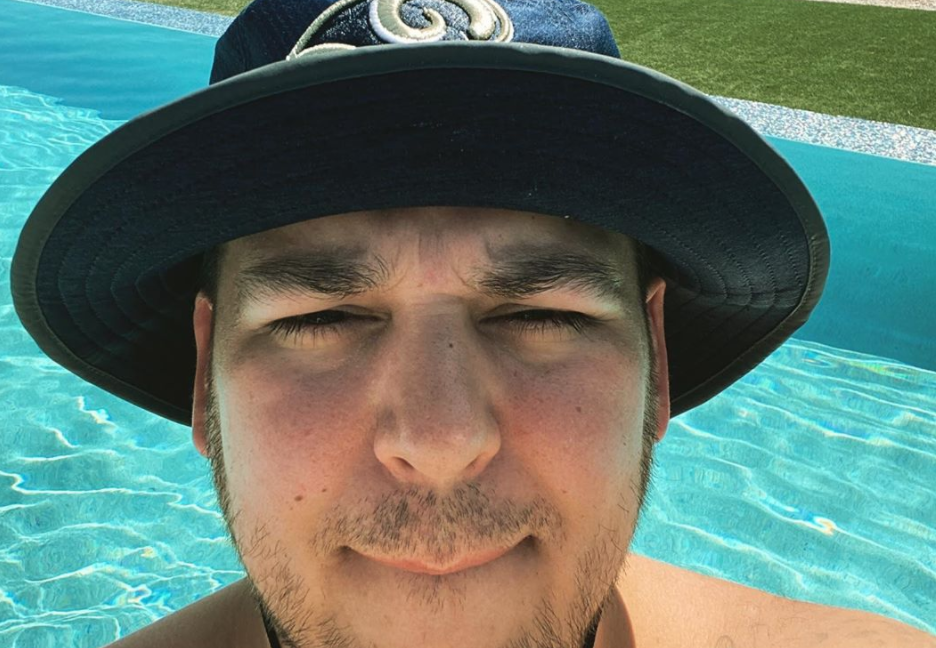 Robert Kardashian has been turning heads with his shirtless pic lately. Now, he’s been seen out with a girl. Could he be dating someone new?

Rob Kardashian seen out with a girl

Rob is moving on from his dramatic relationship with Blac Chyna. Apparently, according to extra, he was seen out with an Instagram star. It seems like they may be dating, which would be a huge step for the previously hidden Kardashian brother.

It looks like Rob was on a date with Aileen Gisselle. Not only that, but Aileen posted a video on her Instagram story that night with a heart filter. Seems like they may be more than just friends.

Rob comes out of hiding

For a long time, Rob was sort of in hiding. Apparenlty he was a little ashamed of how he looked and didn’t want to be seen out in public. In addition, sources say that he is becoming more confident though, and is feeling better about his body.

“Rob is doing well. He takes care of himself, works out, and eats better. For a long time, he was unhappy and embarrassed about the way he looked,” the source revealed about Rob.

They continued by saying that he is actually wanting to be photographed now so people can see just how well he is doing.

“He knows he looks better. He is comfortable enough to be photographed.”

The source continued saying: “He wants people to know that he is doing well.”

I didn't see the light until I was already a man, by then it was nothing to me but blinding!

Making changes for the better

Of course, this is such a huge change for the star. For instance, he even changed his social profile photo to be a photo of him shirtless. Anyone who follows Rob Kardashian knows that this is a huge change for him. Honestly, he should be proud to have come so far.

If he really is dating Aileen, hopefully, it goes better than his relationship with Blac Chyna. They are still going through dramatic episodes. Of course, Robert always has Dream to worry about as well. He seems to be a great dad and is constantly posting about his sweet daughter on Instagram. Ultimately, her happiness should come first in whatever Rob decides to do in the dating world.

What do you think of Rob’s transformation? Let us know what you think in the comments below. Come back to TV Shows Ace for more news on all of your favorite reality TV stars.