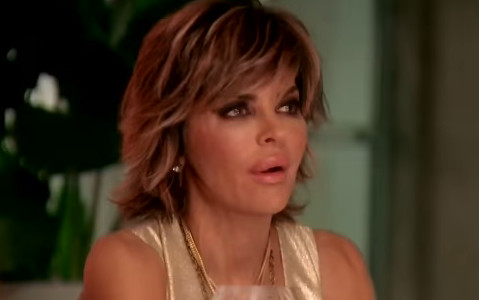 During Season 9 of The Real Housewives of Beverly Hills, fans saw the demise of Lisa Vanderpump’s friendships. Her close bond with Kyle Richards and Dorit Kemsley never recovered from the tension. It appears that Season 10 drama does in the 20-year friendship of Lisa Rinna and Denise Richards.

In the episode airing August 5, fans will see Lisa confront Denise about her alleged affair with Brandi Glanville.

However, the Season 10 trailer reveals that this won’t be their last confrontation. At some point this season, Lisa brings up a cease and desist letter that Denise allegedly sent Brandi.

When the RHOBH Season 10 finale airs on August 26, it won’t be the end of the drama. As any Bravoholic knows, the real drama happens at the reunion. The ladies of RHOBH, sans Brandi, held the reunion virtually last month. Fans won’t see the footage until September, but it sounds like a doozy.

Fans online have read a lot of gossip about the Season 10 RHOBH reunion. Some of it is from unnamed sources and some is directly from the stars. Garcelle Beauvais said it took her “two days to shake” her confrontation with Lisa Rinna at the reunion. Teddi Mellencamp let it slip that the reunion took 13 hours to film. Even Denise confirmed that the reunion was full of drama.

Denise has a recurring role on the soap The Bold & The Beautiful. She took to Instagram the day after the reunion to share a glimpse of post-COVID filming. Wearing a mask, she held a copy of her script. She wrote that she planned to learn lines during the reunion but the drama was too distracting.

48 pages of dialogue @boldandbeautifulcbs after taping #rhobh reunion yesterday. Silly me to have the pages close by thinking I could memorize them in the middle of housewives drama. Got through today though!! Two full weeks back at work after 4 months off, very happy & very grateful 🙏🏻 episodes airing soon!!

Sources tell Us Weekly that Denise took the brunt of the drama at the reunion. Reportedly, Lisa Rinna “came at Denise Richards the most.” However, the same source reports that Erika Jayne gave Denise a piece of her mind, as well.

In the weeks since the reunion, Lisa Rinna has vented her frustration on her Instagram Stories. After the filming, she wrote that the reunion was “bullsh*t” due to a “cease and desist” letter. She later clarified that she was upset because Brandi Glanville was a no-show at the last minute, per Bravo’s decision. Brandi will sit down with Andy Cohen for a one-on-one later.

With all her complaints about the reunion, Lisa also implied that it will be entertaining. She took to her Instagram Stories earlier this week to reveal that Harry Hamlin was eavesdropping on the “last hour or so.” And “he loved every second of it,” she said.

She further stated that part of why it was so great is because they “left it all on the floor.” Lisa followed up by saying that she did, at least. Her Instagram Stories seems to confirm the Us Weekly report that she went in on Denise during the reunion.

Fans will have to wait a bit for the reunion to air. However, there is a lot of drama left to cover during Season 10 of RHOBH.