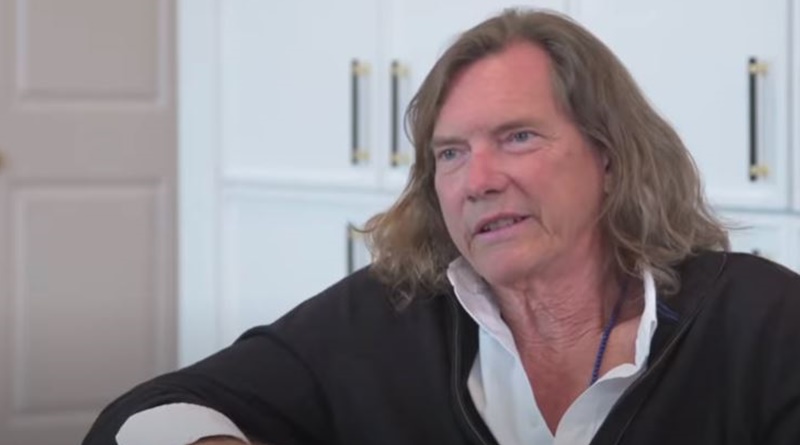 Marrying Millions returns with Season 2 on Lifetime on August 5. The season brings five new couples. Returning couples include Bill and Brianna from Dallas and Gentille and Brian from Las Vegas. Recall last season, that Bill’s the multimillionaire from Dallas and Brianna worked in one of his restaurants. Bill’s in his 60s and sports a hippie-style 60s hair-do. Meanwhile, Brianna, who’s pretty much broke, is in her 20s. Now, Bill feels she’s careless with money and spends way too much.

Marrying Millions – Bill marrying Brianna – is that what he wants?

Bill and Brianna reappeared in Season 2 of the show so that fans follow on from where they left off. She battled with fitting in with Bill’s high-society friends. At the end of the last season, Bill seemed keen for marriage. And, in the new season fans see Bill deciding if that’s still what he really wants. However, clearly one thing worries him a bit. It seems that Brianna’s careless with money and spends too much of it. It’s not like her credit card maxes out on luxury cars or top-line fashion, but he worries about expenses adding up.

Perhaps Bill got rich by following the advice of George Herbert. In 1640, he wrote, “A penny spar’d is twice got.” Certainly, nobody grows wealthy like Bill when they spend money without thought on trivial things. The news that the Marrying Millions millionaire feels some reservations came via an interview with Parade. While Bill told them he enjoyed filming the show, it seems some problems with Brianna niggle at him.

One of the first topics that Bill addressed during his interview involved money. It surprised him, as Brianna came over as someone who never cared for money. He said, “we started spending a little bit too much money lately.” While he admits she doesn’t seem to milk his money in a calculated way, it’s a bit of a problem. He insists that she spends it “innocently.” He feels that Brianna spends because she can and “because it is available to her.”

The Marrying Millions star claims that Brianna denies using her credit cards. But, she uses it multiple times at places like “Starbucks, the nail salon,” and “CVS pharmacy.” However, the credit card statements go to Bill and he sees her spending habits. As Bill noted, “If you pull that card out five times a day, 30 days a month, that’s going to add up to $6,000-$8.000.” Bill won’t say how many millions he tucked away, but that amount of money spent by Brianna won’t break him. In fact, it seems he worries because she shows no respect for it.

The Marrying Millions star told Parade he intends on talking to her about it soon. What do you think about that? Will we see Brianna freak out about it on the show? To find out, tune in on August 5 on Lifetime.