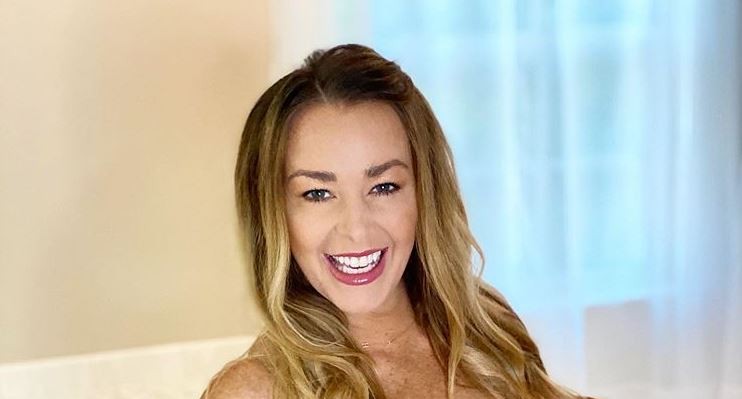 Earlier in the week, MAFS alum Jamie Otis posted a cryptic message on Instagram. She said the previous week had broke her in ways she never knew imaginable. She said the past week broke her. Fans wondered what was going on. Now, she has broke her silence and is sharing what caused her so much pain last week.

Jamie went to Instagram to share her story with fans. She said, “My step dad passed away and we laid him to rest last weekend. Of course all the memories I had with him came flooding back – and to be honest, most of them were of scary, sad times.⁣” Jamie went on to say it’s confusing when someone you love but also fear passes away.

She shared how proud she is of her siblings. Jamie said, “I am so proud of my siblings for forgiving their father & trying to understand him & his actions well before he passed so they had somewhat of a normal relationship with him for the last few years.”

She praised how well they did putting together his service. Jamie went on to say she knows their dad is proud of them looking down. Jamie concluded saying again how proud she is of them too.

Last week broke me in ways I never expected. We’re home now & I’ll share more, but first I’m going to snuggle this little guy until he falls asleep & then I’m going to take the longest, deepest, most relaxing nap.🙏🏻 Daddy has Gracie & I am exhausted.😴Mamas getting her rest & not feeling guilty for it!💯

She loves Doug so much

She went on to praise Doug and the love he shows their family. Jamie said, “It’s left me feeling all sorts of mixed emotions – but mostly just extra thankful for this man.👆🏼 When it comes to me & our kids, I never have to worry about anything other than LOVE (and a few corny dad jokes) from him.🥰.”

Jamie said Doug steps up to the plate every time she needs him. He plays sick so their daughter can pretend to take care of him. She said he also changes dirty diapers and brings her water while she’s nursing. And, Doug even makes her food at midnight if she’s hungry. Jamie knows how lucky she is and how lucky their kids are to have him. ⁣

Along with losing her stepdad, Jamie has also been suffering from postpartum depression. She has been very open about her struggles. Fans love her honesty and many feel they can relate to how she feels.

Jamie is also very honest about body image and isn’t afraid to show how she really looks. She feels extremely blessed to have given birth to her beautiful babies.

Stay tuned for more on Jamie and her family.