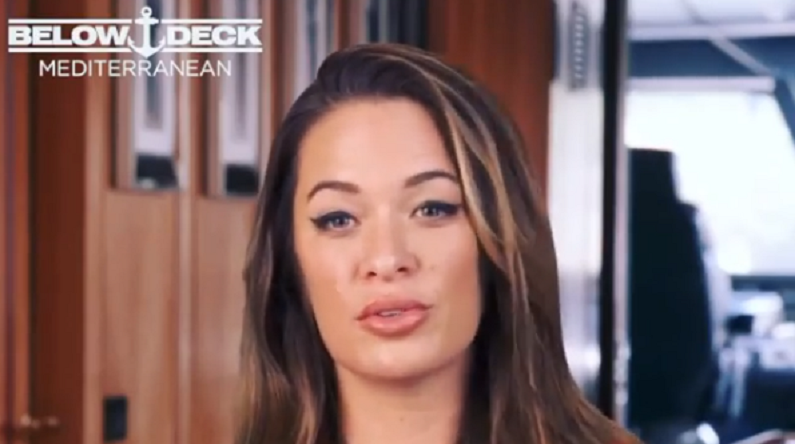 She spoke to Colin Macy-O’Toole on his Radio Check podcast about the changes for private yachts. She revealed how guests and crew members are staying safe. Jessica is currently working on a yacht in Newport, Rhode Island. She revealed the changes that the yachting industry will undergo in the COVID-19 pandemic.

The Below Deck Med star said there’s more cleaning than ever. The third stew called the cleaning process “really weird.” Her and her crew members have to figure it out as they go along. Jessica also revealed the details of an emergency she had to prepare herself for.

“Definitely being more precautious on the cleaning aspect of it,” she explained. “And I will say our last charter, one of the guests … we didn’t know if she was really hungover or if she was sick or not. So it definitely was a weird feeling when the guest asks me for a thermometer. My heart sank immediately.

Yesterday was fun, I got some tender training. Zooming around Newport on a Saturday with lots of boat traffic was helpful cause It brought about lots of questions. I got to dock it like it’s hot 🔥 something fun about the challenge to not run into anything 😜

The model called it an “emotional preparation” in which she’ll “sanitize and disinfect everything as much as possible.” The yacht is completely stocked in emergency supplies. They have gloves, masks, thermometers, and cleaning supplies on board. While the crew didn’t wear masks on the last charter, they have to wear masks moving forward.

Below Deck Med may film in these new conditions

Bravo fans will be happy to hear that some of their favorite shows will film during the pandemic. Below Deck Sailing Yacht and Below Deck Med plan to film some time in 2020. However, Captain Lee Rosbach has no idea when Below Deck will resume filming again. However, Colin is unsure how producers will manage to film in such a small space. He recalled some of the logistics on how the show works.

“You have to find a yacht. You have a marina, you have to find hotels,” Colin explained on The Happy Traveler podcast. “There’s so much that goes into our show. It’s not like you can just pick up a camera and go, not like most shows on TV. There’s a lot that goes into Below Deck. So they’re definitely hurting and they’re struggling to put together their final project.

May I introduce you to my little friend The CLAW ( The 4th stew) ! Favorite part of last nights episode?! #belowdeckmed —- I’m grateful @hannahferrier234 & @captainsandrayawn gave me a chance to prove myself. It isn’t over yet but grateful for the opportunity to be allowed to show up to work 🙌🏼 And thank you @bugsydrake for lathering on Deodorant for me 🤣 and everyone who helped me button my shirt up eveytime 💜

Colin teased that some seasons completed filming. But there’s also the issue of post-production. Editors have to find a way to handle that without the lack of contact.

Yachts in the Mediterranean are re-opening

It makes sense as to why Below Deck Med started filming again. As per the Robb Report, Croatia, Montenegro, Tunisia, and other Mediterranean countries are allowing private charters. The yachting industry has kept quiet since the first COVID-19 cases struck in March. But a growing number of Mediterranean countries have re-opened for business.

According to data from Johns Hopkins Trust released on June 8, Croatia only had four cases per million population. Tunisia closely followed Croatia with five cases per million, while Montenegro toted itself as “Europe’s first coronavirus-free country” since May 27. Croatia, Tunisia, and Turkey are re-open to U.S. visitors.

‘Sister Wives’ Janelle Brown Shares Rare Photo Of Her Father
Adam Busby Shares Photo As He Takes The Top Off
Khloe Kardashian Reveals Truth About Relationship With Tristan Thompson: Are They Together?
‘The Bold and the Beautiful’ Spoilers, June 21-25: Thomas Gets The Shock of His Life
WOW! Matt Roloff’s 2021 Net Worth Might Shock You