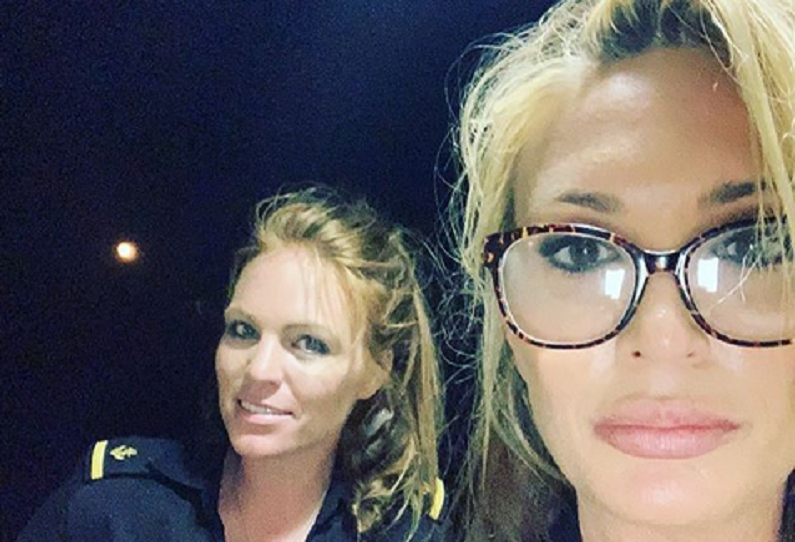 Below Deck stars Kate Chastain and Ashton Pienaar aren’t on friendly terms. This comes as no surprise to fans since Season 7 of the Bravo series was the most intense. The chief stew and the bosun often found themselves at odds with each other. Ashton’s behavior, in combination with his drinking, became a concern.

Kate quit the show following Season 7. She didn’t like the behavior that took place on the boat. During that season, Kate got into an argument with Ashton where he started punching the window of a van after a night out. The two haven’t talked since the Season 7 reunion.

The Below Deck alum made an appearance on Monday’s episode of Watch What Happens Live. The 37-year-old talked about which cast members she kept in touch with. Kate revealed that she still talks to Captain Lee Rosbach, Ben Robinson, Courtney Skippon, and Rhylee Gerber. But she hasn’t talked to Ashton Pienaar “at all.”

“I’ve unfortunately learned the hard way that when someone becomes violent the safest thing to do is remove yourself from the situation as it will most likely happen again,” Kate previously tweeted shortly after the episode aired in December. “Ashton’s behavior was scary & I didn’t feel like anyone was acknowledging that so I had to leave #BelowDeck.”

At first, Kate left the boat. But she returned to finish the season. Earlier this year, Kate announced her exit from Below Deck after the reunion. During her appearance on WWHL, Kate said she was relieved when she left the reunion.

“I was just happy to close that chapter. I think we all were,” she explained.

However, the “horrible” crew members weren’t the only reason why she left the show. Kate was no longer passionate about the yachting industry. She felt that her age played into that factor. On WWHL, Kate also shared her thoughts on chef Hindringo “Kiko” Lorran’s exit from Below Deck Mediterranean. She simply stated that she felt “everyone was a little bit wrong.”

Kate Chastain is struggling in the love department. The former Below Deck star has shared updates on her love life as she navigates dating during the pandemic. While she has struggled, she may have found some luck. Kate gave host Andy Cohen an update on her relationship status. He asked her if she’s “seeing anybody these days,” and she had the perfect response.

“I mean, lately, a little bit, which is kind of a humble brag for isolation, I’d say,” Kate said.

Last month, Kate revealed on The Daily Dish podcast that she briefly dated a restaurateur earlier this year. Their fling ended after the man lived recklessly during the coronavirus pandemic. Kate said he wanted to visit her at the wrong time, adding, “He wanted to come visit me and visit the beach, but that was after he told me he thought he had COVID.”

These days, Kate is doing much better on her own.