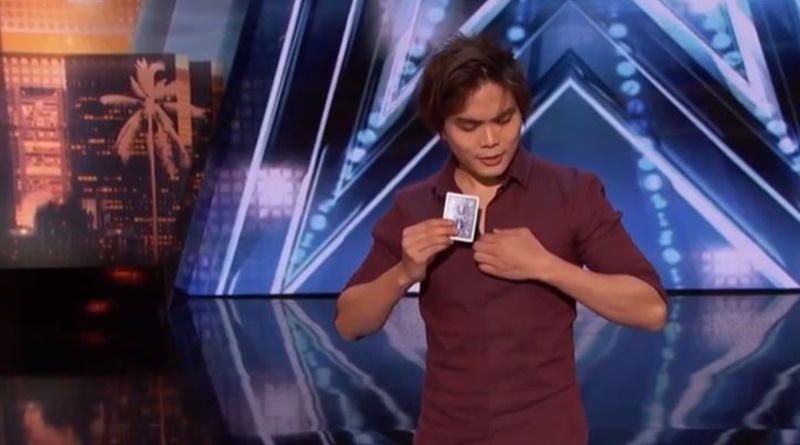 AGT fans heard from Simon Cowell that they might be surprised at some of the most viral talents that fans view online. In a clip he shared to Instagram, he told people they could watch it on August 4, as they counted them down. Simon noted, that it’s thanks to the fans the show remains successful and popular.

Over on YouTube if you missed the show, the fifteen videos reveal some excellent talent. Some seemed rather predictable, but Simon’s right about some surprises. A few other Top Talents got included, but we focused on the 15 he talked about. Coming in at 15th place was Special Head with more than 111 million views. Some people simply can’t figure it out, and this must be one of the “surprises” Simon talked about. But the numbers don’t lie. Remember, these are based on America’s Got Talent fans who viewed the acts online.

Light Balance brought some unique perspectives and talent to the show. So, fans probably expected it up in the Top 15 acts viewed online. They came in at over 119 million views overall. Simon noted, “if anything defined what we wanted the [AGT] show to be, it’s them.” The other judges described it as “incredible.”

In 13th place, fans viewed V.Unbeatable over 120 million times. The high-flying act featured kids of all ages from Mumbai in India. The kids mostly live in the slums where they face a very hard life. Howie Mandel said he didn’t know what he should expect. Initially, he thought perhaps they intended some sort of “dance act.” But, he soon changed his tune.

Number 12 brought the only magician who made it into the Top Viral 15 in AGT.  Shin Lim featured in 2018. His act saw more than 121 million views. Simon didn’t hold out much hope for Shin as they previously saw a boring card magician. But, as he said, the judges became “literally mesmerized.

In 11th place, fans saw an act from 2018. Aaron Crow got more than 147 million views online. Aaron doesn’t speak and brings a really scary persona to the stage. After slicing an apple with his long sword, he made the judges a bit nervous as he went down to their table. Howie “volunteered” very reluctantly and went up on the stage.

10th place went to Butler Figueroa a boy who survived cancer. His 2019 auction went viral with over 149 million views online. The AGT audience loved his attitude and his talent as he danced around playing his violin. At the time, Tyler, aged just 11, touched a lot of hearts as well as warming them up with some awesome talent.

Inside America’s Got Talent Top 10

Celine Tam came in at number 9. She auditioned in 2017 and got over 159 million views at the age of nine. Rather adorable, Simon never expected Celine to come out with that gigantic voice. Of course, she sang a Celine Dion song. She got the audience and the judges to their feet with that incredible voice.

In at number 8, fans saw a rather weird act from the Men With Pans. Notably, they took it away with 231 million views. Actually, they looked very odd as they walked out wearing their chef uniforms and carrying some pans. The judges just didn’t know what to think. Anyway, they then came out from behind the curtains with no clothes on and just the pans covering their whatsits. the AGT judges looked rather stunned.

The act that came in at number 7 with over 242 million views was Tape Face. It’s a sort of mime act as he can’t speak with a big tape over his mouth. Well, Simon loves that sort of thing. But, but judge Howies hates it. But then, it turned out not a mime, but a ventriloquist/puppet act. Using two gloves, the puppets “sang” a song. Simon said it comes under the “stupid category” but he liked it. In the end, all the judges laughed – even Howie.

Who can forget Grace Vanderwaal? She auditioned in 2016 and racked up over 260 million views. She was 12-years-old back then. Grace walked onto the stage in a cute outfit carrying her ukelele. She performed an original song which Howie thought was very risky. But AGT judge Simon Cowell agreed it seemed “the right thing to do.” And, she came in as the 6th top-most viewed viral act among fans of the show.

Getting into the Top 5

The Top 5 and down reveal amazing viewer numbers. At number 5,  Angelica Hale, 2017, got over 296 million views. Her mom gave her a kidney to save her life. When she lay in a hospital bed she watched the show and set herself the goal to one day feature on America’s Got Talent. But, the audience loved her for more than her backstory.

At number 4, 14-year 0ld Courtney Hadwin was nearly overcome with nerves. She got more than 310 million views from fans. Courtney looked very shy and nervous. But, when she started singing, she just blew everyone away. Howie described her as “very socially awkward.” Simon noted she “could barely speak”  from nervousness. Take a look at her transformation as she started her act.

Darci Lynne Farmer appeared with her lovable Bunny Petunia. She earned third place in viral views with over 350 million hits. Recall, her act meant she won Season 12. Her audition revealed her ventriloquist act. She enjoyed the talent she nurtured because she always “found it hard to talk to people. ” When she turned 10, her parents gave her her first puppet and she never looked back.

In 2nd place, fans viewed Zurcaroh, a group from Australia, over 420 million times. They aren’t pro-dancers, but they certainly produced a huge act. The group hoped their performance would change their lives. They perform a sort of acrobatic dance. Simon loved their “Gothic-style performance that seemed very different from the norm. So did millions of fans. As Howie said, they had it all with acrobatics, dancing, and balancing acts all in one.

The Top Act – at number 1 was Kodi Lee. You might recall this winning act. Kodi suffers from severe autism and can’t see. In fact, he can hardly talk. His singing and piano performance really came across as so professional. His mom said his music act practically “saved his life.” Simon was just seconds away from saying he shouldn’t perform. Well, his incredible talent changed his life forever. He brought tears to the eyes of the judges with the beauty of his audition. Kodi got a total of over 430 million views.

What did you think of the Top 15 Most Viral Acts viewed online by fans of AGT? Sound off in the comments below.