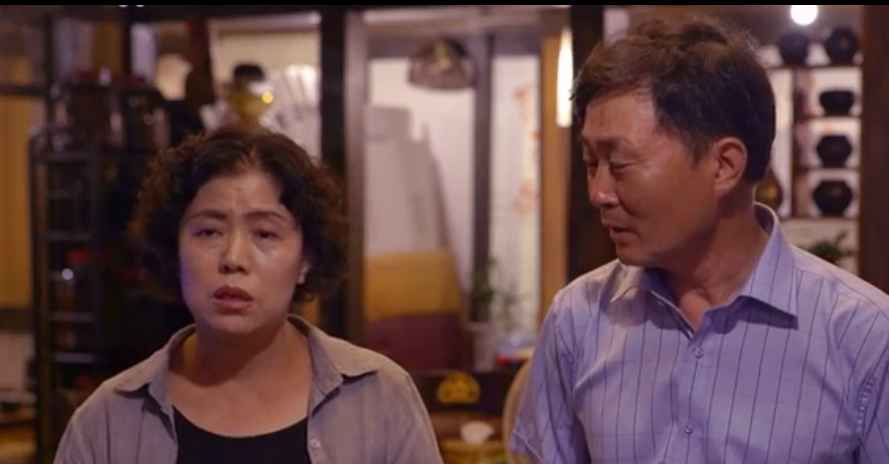 It has become clear on the latest season of 90 Day Fiancé: The Other Way that Jihoon’s mom, Jung, is more concerned about her son than his father or Jihoon himself. The South Korean mom makes her opinions of Deavan clear and doesn’t hold back.

Deavan Clegg and fans of 90 Day Fiancé: The Other Way can clearly see where Jihoon Lee is going wrong in their relationship. In the latest episode, the family is out for dinner. Deavan is clearly upset and goes outside for some air. Later, Jihoon storms out of the meal because it looks like Deavan has decided to leave him and return home to America.

Deavan is clearly upset that her second visit to Seoul is going so badly. This is mainly due to the fact that Jihoon doesn’t step up to support his family. While Jihoon had said he was gainfully employed, it turns out he only has part-time jobs as a driver. This hardly pays the bills for himself, Deavan and the two children.

Deavan needs Jihoon to step up, will he be able to get it together for their family? Watch it all unfold on #90DayFiance: The Other Way, TONIGHT at 9/8c.

What with Colt Johnson and his mom Debbie being overprotective, or Paul Staehle’s mom, Mary giving tough love, mothers rule in 90 Day Fiancé. Now Jung, Jihoon’s mother is causing problems for enabling her son. The South Korean woman is clearly in denial when it comes to her boy.

In the latest episode, Deavan and Jihoon are out dining with the family. Deavan is upset and threatens to return home. She goes outside for some fresh air. Jihoon is having problems with his translator not being entirely accurate. He turns to Jung for help with his relationship. Jung tells her little boy he is doing fine – Jihoon is acting just like a Korean man should. This is while he makes virtually no effort to support Deavan and his family.

Money problems are causing a strain on their relationship…. will it survive the tension? 💰 Find out on #90DayFiance: The Other Way, MONDAY at 9/8c!

90 Day Fiancé stars Deavan and Jihoon talk it out

Jihoon joins Deavan outside the restaurant and she soon learns that he has never taken their long-distance relationship seriously. Fans will remember that Jihoon had given his mother $3,000 to put in her account as savings, while spending nothing on his family’s expenses.

Deavan gives Jihoon an ultimatum – he must withdraw the $3,000 from his mother’s bank account to show he deserves a second chance. When they get back to the table, Jung tells the cameras that Deavan is being “childish” and actually questions whether she does love her son. She says if Deavan really loves Jihoon, why do they have to buy her with money? However, they do visit an ATM and withdraw the cash for Deavan. Jung is also angry with her husband, a kind man, for supporting their daughter-in-law.

As reported here, fans criticized Deavan for requesting the money and she explained exactly why she did so because she says she has spent $50,000 on Jihoon so far.

While Deavan gives Jihoon a second chance, many 90 Day Fiancé fans believe it is time to end the relationship. As noted by Screen Rant, it is probably time to cut her losses, pack up and take both her children home to America.

Keep up with the drama on 90 Day Fiancé: The Other Way on Mondays at 9 pm ET on TLC.