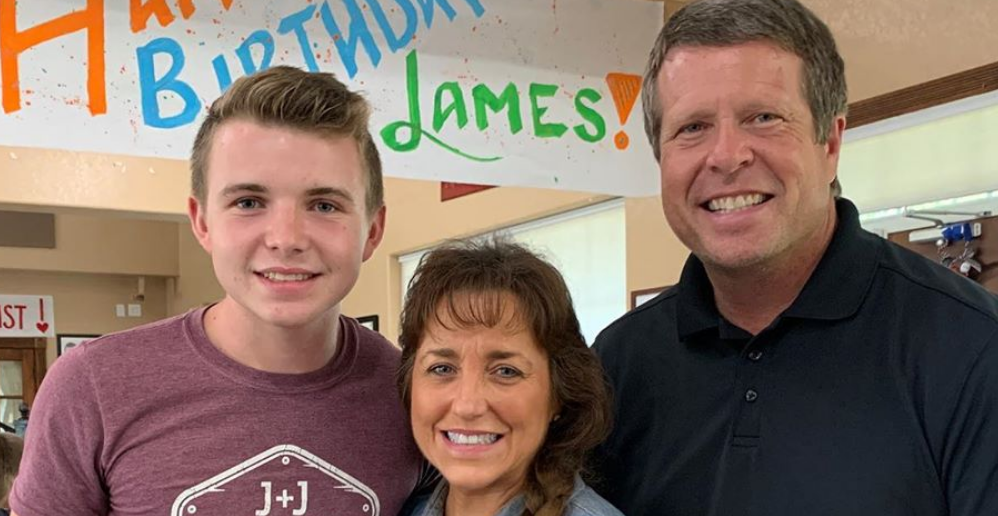 Last week, Jim Bob and Michelle Duggar spoke at an Institute of Basic Life Principles conference. Gil Bates of Bringing Up Bates played a big role in the planning process.

Katie Joy of Without a Crystal Ball talks about the family’s appearance at the conference. Jim Bob specifically talks about one of the scary moments in his life.

Jim Bob was a two-time state representative in Arkansas. He claims that God told him to run for office. Jim Bob had been considering it. He had prayed about it and thought about it. Finally, he decided to flip a coin to see if it was truly what he was meant to do. He claims that he told God that if it landed on heads three times, he would run for office.

Because it landed on heads three times, Jim Bob ran for office. He says, “I was scared to death though.”

He continues, saying that he and his wife prayed about it. Then, the Duggar patriarch adds, “It was the scariest time in my life, just about.”

This comes as a shock to Katie Joy, as well as some Duggar fans and critics. This is because there have been many other scary moments in Jim Bob’s life. Katie Joy specifically mentions the molestation scandal involving Josh. But, nonetheless, that is not one of Jim Bob’s scariest moments. Or, maybe it is and he just didn’t want to mention it because it’s so controversial.

As TV Shows Ace reports, Jim Bob didn’t do all the talking at the conference. Michelle also had the opportunity to speak. It appears that she was speaking about Derick Dillard, her son-in-law. Derick is married to Jim Bob and Michelle’s daughter, Jill.

Michelle talks about slander and gossip. She specifically shares the definitions of these words, but she uses the incorrect definition of the word “slander.” As Katie Joy points out, “slander” is about false information, while Michelle says it’s about true information. For this reason, Katie Joy thinks the Duggar matriarch is hinting that what Derick has revealed about the family is true.

Of course, it’s possible that she was simply talking about slander and gossip from a biblical perspective, but Duggar fans think this could have to do with the drama between the Duggars and Derick.

So, what do you think of Jim Bob’s words? Were you expecting him to share a different experience? Share your thoughts below.