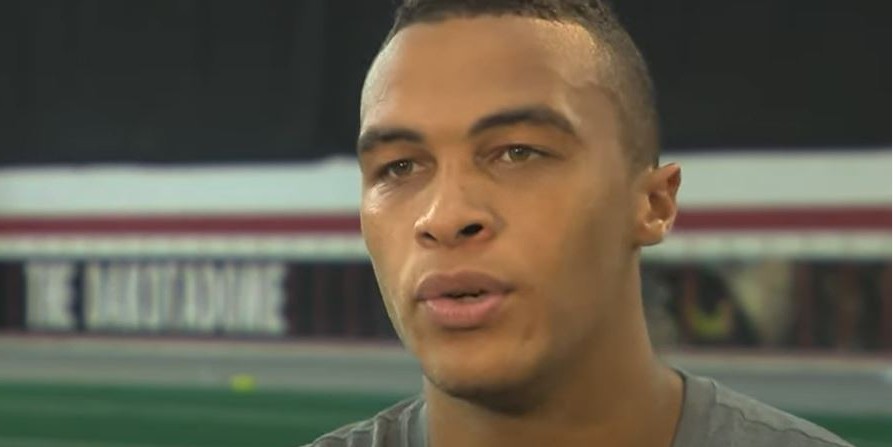 Rumors are flying that The Bachelorette Clare Crawley has found the love of her life. And, since she is allegedly in love, Tayshia Adams will be taking over as the lead for the 2020 season. As time goes on more details are surfacing about Dale Moss. Fans are learning more about who he is, including past relationships.

Dale Moss had a serious girlfriend prior to Clare Crawley

According to a report from Life&Style, Dale was in a serious relationship before meeting Clare. A source shared with the news outlet that Dale and Seema Sadekar were in a serious relationship at one time. The source said that Dale and Seema dated “awhile.” They said, “When I met him, they had just broken up. My impression was he always wanted to get back with her. When it comes to girls, she’s the one he would talk about the most.”

While Dale is a former NFL player, Seema is a professional golfer. She is vice president of PGD Global. The reasons behind their split have not yet surfaced. There is also no set dates of when the two were together. However, one photo Seema has on Facebook with Dale is from 2015. Many seem to feel that Dale is a real catch and Clare has done well.

The report also went on to say Clare just couldn’t fight her connection with Dale. He was announced in March as one of the original contestants for her season. Most believe these two were communicating for months prior to the show picking back up production in July. It didn’t take long for Clare to decide he was the one.

Wish I could spend Labor Day Weekend with my handsome! Thank Goodness for pictures:) What is everyone's plans this weekend? 🌟

There are reports Clare is engaged

Since Clare could not fight her feelings for Dale, she asked to leave the show. Reports are also flying around that these two are not just in love. Rumor has it Dale and Clare are already engaged. If that is true, the only logical thing would be if they were communicating prior to July. The show was only 12 days into filming when Clare decided she was done.

It seems in recent years there are no rules when it comes The Bachelorette. And, this would definitely be a first for the franchise.

With all that said, fans are excited to see fan favorite Tayshia get her chance to find love. She first appeared on Colton Underwood’s season of The Bachelor where she was his runner-up. She then moved on to Bachelor in Paradise where she met and dated John Paul Jones. Both men have expressed their support of Tayshia as the lead.