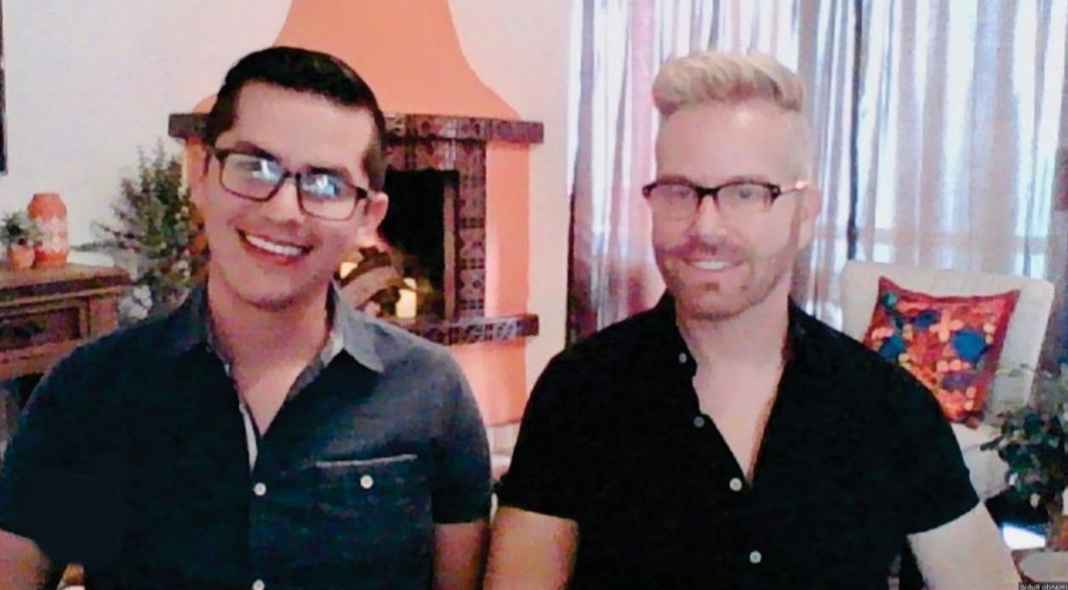 Kenneth Niedermeier and Armando Rubio are fan favorites on 90 Day Fiancé: The Other Way. The second same-sex couple on the TLC reality show won fans’ hearts, with their complicated life and romance. Now Kenneth is back with Armando in Mexico and is opening up more about his life. This includes the fact he was never married to the mother of his four grown-up children. In fact, he faked it.

90 Day Fiancé stars Kenneth and Armando and their online love

Kenneth and Armando originally met on an online group for gay fathers. They immediately hit it off, despite the huge difference in their ages. Kenneth is 57, while Armando is 31, and also, the distance between them was great.

Armando lives in Mexico with his daughter Hannah, 4, and his family. Meanwhile, Kenneth was based in St. Petersburg, Florida and had a family of his own. He is father to a son, Bricen, 26 and triplet daughters, Cassidy, Madison and Taylor, 23.  He also has a three-year-old grandson, Cooper.

Kenneth and Armando date online for three years before Kenneth finally makes the move to Mexico. He first had to get the go-ahead from his family, who approve of his choice. Meanwhile, Armando moved out of his home to be with Kenneth. He goes on to share a heartbreaking story of losing his wife in a tragic car accident.

Meanwhile, Kenneth is now in Mexico and getting accustomed to living as a gay man in a conservative country. However, despite age differences and their pasts, Kenneth and Armando appear to be happier than most cast members on 90 Day Fiancé. However, fans have wondered all along if Kenneth’s ex-wife would show up to cause some drama in their perfect romance.

From my interview session in St. Petersburg Florida before I left for Mexico. Thanks V and crew! #90dayfiance #90dayfiancetheotherway

In an Instagram Q&A, Kenneth cleared up the rumors, sharing more details about his life. Right at the start of the season of 90 Day Fiancé: The Other Way, Kenneth reveals his children were born via in-vitro fertilization. This happened in the 1990s when only hetero couples could have the treatment. What he did was to fake a marriage with a female friend in order to have his children.

Kenneth goes on to explain to his fans that he was never actually married to his children’s mother. They only faked it, signing a paper at the doctor’s office to that effect. So, now the mystery is solved, Kenneth was never actually married. However, he does say he has had two long-term relationships in his life. Kenneth also has his wonderful, now grown-up children, which he says he never had a problem raising on his own.

As noted by Screen Rant, Kenneth is now with Armando in Mexico and preparing to be a father to his daughter, Hannah. No doubt all their 90 Day Fiancé fans wish them all the best.

Watch 90 Day Fiancé: The Other Way on TLC Mondays at 9:00 pm ET to keep up with the latest news.