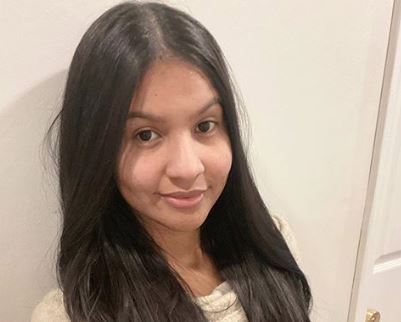 This past week has undoubtedly been full of drama for 90 Day Fiancé couple Paul and Karine (Martins) Staehle.

Earlier in the week, Paul films himself in the hospital. Shockingly, it was during this time that he announced that he (allegedly) tested positive for an STD. He alleges that he has not been unfaithful to his wife. In a series of predictable events, he further insinuates that Karine gave him the STD since he reports, “I have never cheated on my wife.” Various 90 Day Fiancé groups on Instagram have their theories. While most agree that Paul should keep that information to himself, there’s speculation on what happened (if it happened). One fan comments on @90dayfiancenow that the third party may be, “that guy she was texting when she was pregnant.”

Since then, the 90 Day Fiancé repeatedly made headlines. Additionally, they’ve had law enforcement involvement several times. Unfortunately, there are allegations that Paul assaulted Karine. InTouch Weekly reports that a now-deleted Instagram Live depicts Paul telling his side of the story. Allegedly, things got heated when Paul saw Karine’s messages with a Brazilian lawyer. Supposedly, there is conversations about child support and divorce. Ultimately, Paul confronts Karine about this information. It is at this time, he allegedly threatens to seek full custody of their son, Pierre, 1.

Sometime later, Paul updates his followers. “I want to apologize to you guys for earlier. It’s been crazy here. I did not get arrested. The cops did come back,” he shares. “It’s been stressful. We need prayers,” requests Paul.

Karine tells her side

Also seeking prayers, Karine takes to Instagram to clear the air after all of the attention from her supposedly being missing. “All I ask is to keep your prayers for me and Pierre.” Additionally, she shares with fans that, “I have not set up a GoFundMe or any other kind of means to receive money. Please report them,” says the 90 Day Fiancé star.

Sadly, Karine’s announcement comes after Paul reveals that she has a restraining order against him. In a now-deleted Instagram story, he shows the statement Karine allegedly gave to police. With much courage, Karine goes on to share, “I want you all to know that me and Pierre are doing well now. All [these] past days, I had a lot going on.” She goes on to say that the environment she was in isn’t healthy for her or her son. She says, “I feared for my life and my son’s life, which led me to ask for help and ultimately be rescued from an environment that no longer was healthy for none of us involved in the situation.”

In summary, Karine wraps up her Instagram post with the following, “Relationships are hard and sometimes it just can’t be fixed anymore. I need this time to organize my thoughts, work on myself and care for my son after everything we have been through in the last year and a half.”

Without a doubt, this story is unfolding. Keep it tuned to TV Shows Ace for this and other reality television news.