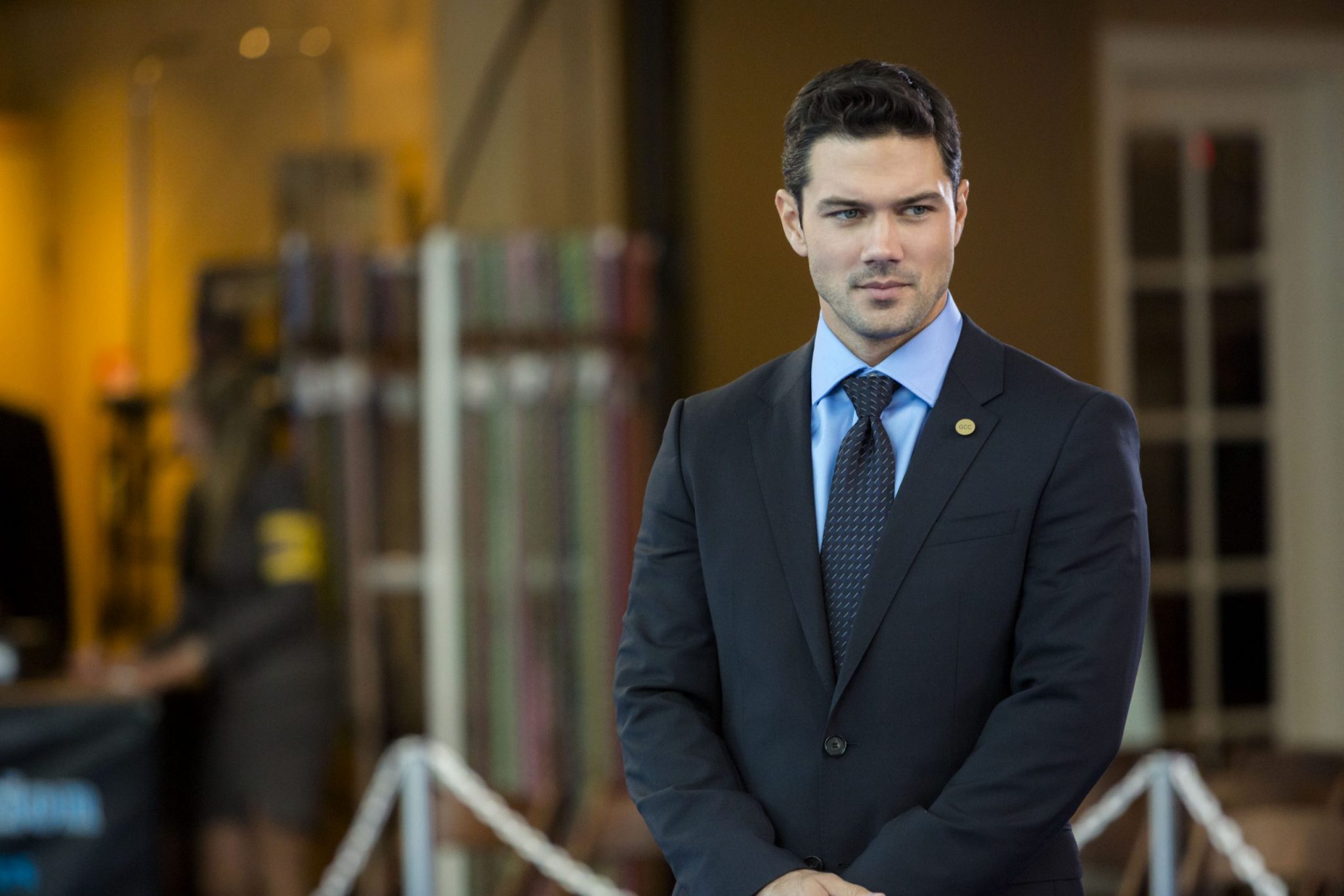 Recently, Ryan Paevey revealed that he is in Vancouver getting ready to shoot a new Hallmark Christmas movie. He didn’t reveal anything about this new film. But recently, he took over the Hallmark Instagram page. This is when he shared bts info on Christmas At The Plaza.

What did Ryan Paevey have to say?

Ryan Peavey On A 14-Day Quarantine In Vancouver

Ryan Paevey has been posting beautiful photos on Instagram. He originally shared that he was on a 14-day quarantine. During theses days of the coronavirus, fans wondered if he was sick or exposed. Turns out, neither! He is on a required quarantine because he is in Vancouver.

He told Twitter followers he is filming a new Hallmark Christmas movie. But, he shared that he “appreciated” the concern.

As for the new Hallmark Christmas movie, he has not shared one single detail. We do not know his co-star. He did not reveal what it is called. We don’t even know the premise. But, we know that his recent coronavirus quarantine goatee will be shaved off for this new movie.

What we also know is that recently, Ryan went to the Hallmark Instagram page and shared bts info on Hallmark’s Christmas At The Plaza. He also shared his own Christmas traditions and how he would spend the holidays with you!

Quarantine day two….to clarify on the last post, I’m in Vancouver on 2 week lockdown so I can film a new hallmarkchannel Christmas movie, I’m not sick….but appreciate the concern. Just sharing some outside… https://t.co/qYf02O5Usj

Ryan Paevey Dishes On BTS On Christmas At The Plaza

First of all, Ryan Paevey called filming Christmas At The Plaza “magical.” He shared that he lived in NYC a long time ago and knew all about The Plaza Hotel. He explained that as a film crew, you are given a special level of access. He loved it and loved shooting there. They did film in Winnipeg a bit, but mostly in New York City.

As an architecture freak, Ryan especially loved the oak bars and marble floors. He just feels this place represents a bygone time. A better time. He revealed that at the hotel, there used to be a nightclub and Sinatra was a regular there.

Ryan Paevey will remember filming this for the rest of his life and he hopes fans enjoyed watching it.

One major bts is that Ryan Paevey said that working with Elizabeth Henstridge was “magical.” Of course, he had seen her on A.G.E.N.T.S. Of Shield. He even pointed out that he had previously met evil on-screen guys who are wonderful in real life. He found Elizabeth warm and inviting.

It was especially cool to come to set and work with someone who knows how to do their job. Thus, he had a “blast” with this movie. In fact, he would like to continue this story and these characters. He believes that there is more of this story to be told. Hallmark, are you listening?

The two still keep in touch. They have a shared interest in traveling, as the British-born actress is a globetrotter like him.

This was also the first time he got to work with director Ron Oliver. He, Ron and Elizabeth would explore The Plaza and eat there. It was a charmed set with a lot of “good humans in this one.”

Welcome to the @theplazahotel, #Hallmarkies! Happy Thanksgiving and thank you for tweeting with us! Let’s get #ChristmasAtThePlaza trending? What do you say? #CountdownToChristmas pic.twitter.com/SLHrjSz3OW

Why Does Ryan Love To Work With Hallmark?

Ryan Paevey has worked in a cornucopia of programs. So, what is his fav reason for being part of the Hallmark family? He shared that Hallmark is a place “for everyone to be happy.” He pointed out that the Hallmark stories are happy. Of course, there are plenty of other places you can go to for other types of programming. But, he believes you have to have “one place” where you can go to feel good.

Most of all, he believes “you will come away from it and feel better.” His experiences with Hallmark have always been fantastic. Let’s hope that Ryan Paevey has more opportunities to film a third Mr. Darcy movie and more!

Be sure to check back with TV Shows Ace for the latest on Ryan Paevey’s new Hallmark Christmas movie.