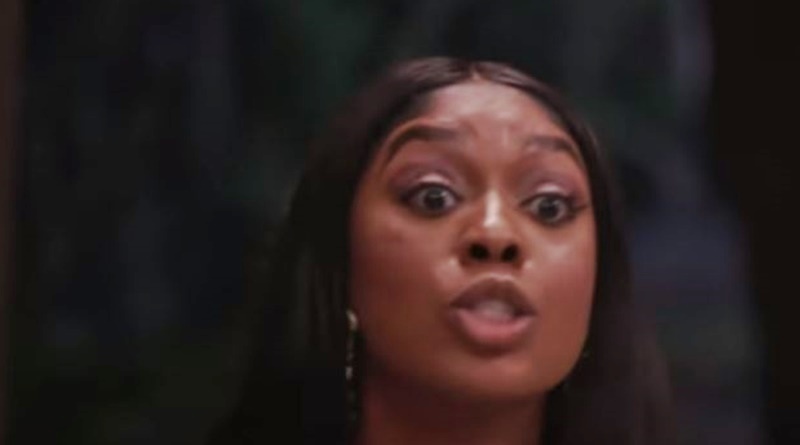 RHOP fans heard the bad news that Season 5 got delayed by the coronavirus. It should have premiered in May, so fans waited a long time. Now The Real Housewives of Potomac arrived on Bravo on August 2, many fans tout it as possibly the best season yet. And potentially, they sniff some problems between newcomer Dr. Wendy Osefo and golden oldie, Karen Huger. The new face might deliver some drama in time, they suspect.

Apart from teasing Monique Samuels and Candiace Dillard‘s huge bust-up which bring s a lot of drama later, the other things that went down promise a good season. In other scenes, fans of Real Housewives of Potomac saw that Jamal Bryant and Gizelle got over him cheating on her. They made up. Monique and Ashley Darby got together as Ashley struggles a bit with first-time parenting. She and Monique seem to get along because they share similar “parenting styles.” Oh, and she got a parrot that fans adored.

But, the focus came when Candiace and Chris celebrated their first expensive wedding anniversary. Gizelle decided that’s the time to confront Candiace for mocking her house. But, apart from that, Karen Huger gave a speech, revealing she Ray go through marital problems. With those problems likely to escalate, people pay a lot of attention to Karen, an old favorite. One RHOP fan noted on Twitter, “#rhop is back and I think it’s a shining beacon of hope that can pull us all out of lockdown and maybe even cure corona.”

Another fan commented, “This season is about to be THE BEST of THE BEST. That preview for what’s to come was all kinds of amazing.” But others picked up on Karen seeming unimpressed with newcomer Dr. Wendy Osefo. And, it might be because Wendy seems rather full of herself.

I’ve said it and I’ll say it again Potomac is everything! These ladies are the best and they fucking bring it! So so happy it’s back #RHOP pic.twitter.com/QpDN5xYCsZ

Meaww noted that Dr. Wendy represents both beauty and brains. She first got a “PhD in Public Affairs/Community Development.” Plus, she teaches “at Johns Hopkins University.” And, sits “on the board of several organizations” Karen knows Wendy from one of those board positions and seems very impressed. So, fans naturally speculate they may clash further along in the season.

One RHOP fan suggested Karen’s rather “unaccomplished,” so she may feel threatened by “brain box Wendy.” They added, “We smell the hate. #RHOP.” Another one thinks, “Karen is threatened by Wendy the same way Gizelle was (and probably still is) threatened by Monique..” And, it’s interesting that “Wendy and Monique hit it off instantly.” But others noted that in the trailer, Wendy insists people address her correctly as Doctor!

Look I love Karen… but she was clearly intimidated. And let’s be honest Dr Wendy’s resume is FLAWLESS… about I’m not impressed 🥴😒 I’d be intimidated to🤷🏾‍♀️ Slay on Dr @WendyOsefo #BlackGirlMagic #RHOP https://t.co/FIYmt4iVgR

What do you think about the potential of Season 5? Do you think it might be the best season yet? And, will some tension come from Karen and Dr. Wendy? Sound off your thoughts in the comments below.