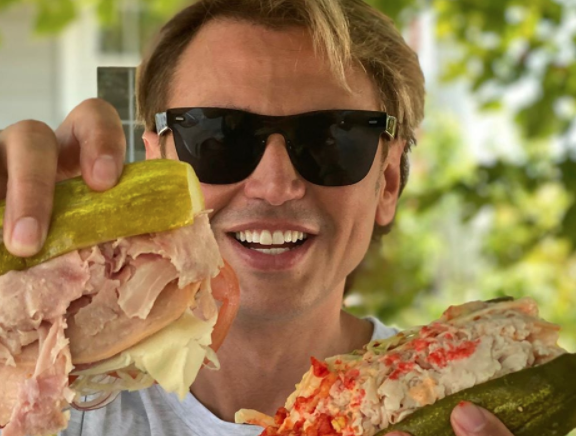 Jonathan Cheban can often be seen on Keeping up with the Kardashians. He is one of Kim Kardashian’s best friends. Last night, he was robbed at gunpoint with his mother.

Jonathan, also known as Foodgod, can be seen all over KUWTK whether it’s getting sushi with the family or dishing gossip with Kim. He even got his own status as Foodgod as he goes around and tries different foods. Last night, however, he was robbed and his mother was with him. She even had a gun pointed at her head Daily Mail says.

“The mugger had a gun pointed at my mother’s head,” Jonathan revealed. “There were two gunmen. It was frightening. It happened at 8:30 pm last night just as the sun was going down.”

Apparently, they ended up taking Jonathan’s $250,000 Richard Miles watch. While that would be so sad to lose, it’s always better to lose material objects than it is your life. Jonathan says that the situation was scary and that now he wants the men who did it caught.

Jonathan and his mother were in a nicer area ‘known for its upscale homes’ when the incident happened at 8:30 pm. Then he was approached and he told his mother was told to go inside. Jonathan says that the next thing he knew, she has a gun held up to her head. Of course, Jonathan handed over the watch.

Luckily, some neighbors saw the incident unfolding and were able to call the police.

This isn’t the first time on KUWTK

Of course, this isn’t the first time Jonathan has been around such a traumatic event. Kim Kardashian has also been held at gunpoint in France back four years ago. That time was very violent as Kim was tied up and locked in her bathroom. Then, they stole jewelry worth over $20M.

Kim has opened up a lot about the situation since that day and has even talked about it on an episode of KUWTK. Hopefully, Kim will be able to help her best friend through this situation since she knows a bit of what he is going through.

Have you heard about Jonathan’s robbery? Tell us how you are feeling in the comments below. Come back to TV Shows Ace for more news on all of your favorite KUWTK stars. There’s a lot of them to keep track of, we are here to help.