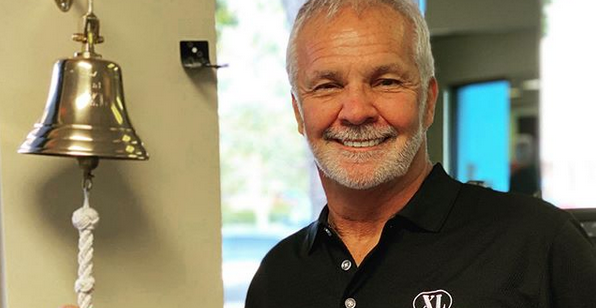 Below Deck star Captain Lee Rosbach doesn’t agree that charter guests get a “bad edit.” He claims that the wild behavior seen on the show is due to the guests misbehaving. Lee answered if he ever got complaints from charter guests on how they’re portrayed on the series. Lee revealed that only a few have complained, but it’s because of their rude behavior.

What you see is what you get on the show. In late June, The New York Times published an essay titled, “The Reality Behind Below Deck.” The article gave viewers a glimpse at the behind-the-scenes look of the show as it filmed Season 5 of Below Deck Mediterranean.

There are cameras everywhere onboard. The camera crew works tirelessly to capture any bit of drama on board. Unlike Bravo’s other shows, there’s no reshooting of scenes. Everything happens as it happens.

However, yacht owners haven’t received negative feedback on what they’ve seen on the show. Below Deck has had some of the wildest guests over the years. Some of them get so intoxicated that they spill alcohol or fall off one of the inflatable pool toys. Crew members have to routinely clean up messes and keep the yacht in tip-top condition. That can be hard when some guests love to drink and party.

The show goes jumps through hoops with filming

Below Deck has to go through some extreme lengths to film. Most would assume that shooting a reality show on a superyacht wouldn’t be so difficult. But the New York Times piece revealed that it’s more complex than filming the Housewives franchise. The Below Deck crew films 24-hours a day, for six weeks without taking any breaks.

Also hidden onboard is a stateroom that producers use. The production crew has to monitor anything and everything that goes down. However, the cast can’t break the fourth wall and talk to the production crew. They can’t even speak with Bravo’s camera operators, editors, and staffers.

The logistics for this show is very intense. Plus, the production crew cannot influence the captain’s decision or the drama that goes on. Most Below Deck fans fail to realize the amount of planning  involved. But they can better understand the amount of work that goes on to make the show run smoothly. And it looks like Captain Lee is right that charter guests don’t get a “bad edit” because it would be impossible.