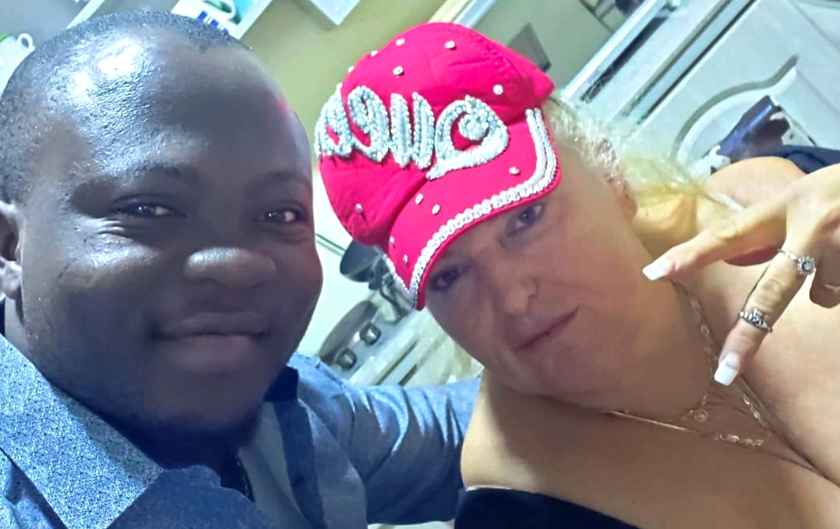 It has been a three-year haul for 90 Day Fiancé: Happily Ever After? alums Angela Deem and Michael Ilesanmi. What with planning their marriage and hoping for a child, it hasn’t been easy road to travel. Suddenly things have become far more serious, as Angela tells Michael that pregnancy could put her health at risk. On the Sunday, August 2, episode, the TLC reality star gives her fiancé a marriage ultimatum. This breaks Michael’s heart, as he truly wants to have a baby with Angela.

In Sunday’s episode, fans first see Angela, 54, waiting for a call from her American gynecologist. Meanwhile, Angela is stressing out as she knows she must have this conversation with Michael, 31, before their wedding. The TLC reality star confesses to the fact that she is scared to tell Michael she has seen a second OB/GYN in America. This followed the visit to the specialist in Nigeria they attended together.

Michael knows about Angela’s postmenopausal bleeding and truly hopes this means she is still able to give birth. However, Angela has to have a heart-to-heart with her fiancé shortly before receiving the test results. When she tells him she is expecting the test results that afternoon, Michael wants to know why she didn’t tell him before.

Angela explains that she didn’t want to worry Michael. She also tells him she is concerned he might go and find another woman to have his child if she couldn’t do so. Deem also explains it is likely she would need an egg donor in order to conceive a child.

Michael’s main goal in life is to be a father

Angela asks Michael what he is feeling and he tells her he has to think about this as it is a lot to process. The 90 Day Fiancé alum is upset, but Michael tells her that being a father is one of his main goals in life.

In her confessional, Angela opens up to say she has put three years of her heart into this. Naturally, she is hopeful Michael will stay with her, no matter what. But, without a child, will he?

When they finally get a call on FaceTime from her gynecologist, the doctor tells Angela her blood work is “golden.” She hears that she is overall in great health. This sounds good, as Angela is also told she doesn’t have cancer, only abnormal bleeding.

Despite the good news, Angela is told that getting pregnant will pose a number of challenges for her. The OB/GYN pointed out that the risk goes as each year goes by. As noted by ET, Angela says Michael must decide whether to continue with her or decide what is most important to him.

Keep up with the story on 90 Day Fiancé: Happily Ever After? on Sundays at 8 pm ET on TLC.