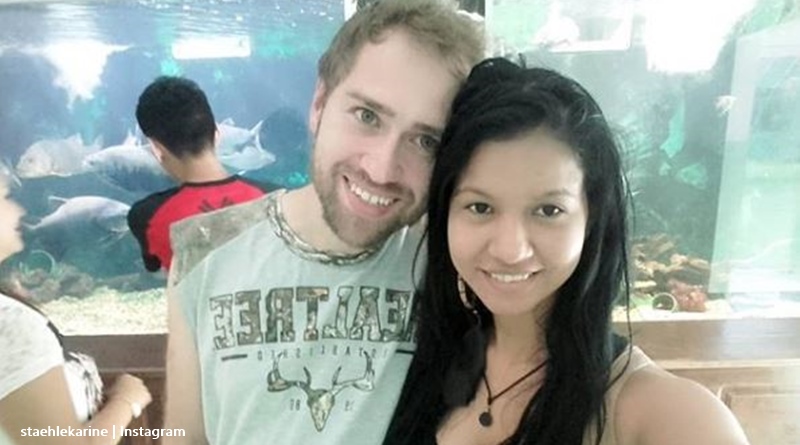 90 Day Fiance fans watched with fascination and shock as the events of the last few days unfolded with Paul and Karine. After a huge fight, Karine called the cops, and Paul called the cops. Then, Karine called the cop again. Next, Paul announced he got an STD and insinuated it came from her. Plus, she alleged all sorts so abusive behavior and filed for a restraining order. Now, she disappeared with their son. Naturally, fans speculate a lot, but some really wild theories arise.

Things have never been “normal” with Karine and Paul. Fans know she seemingly can’t stand him. Critics say she never ever tries to help him create a decent home for their family. Always bickering, it’s not uncommon for Paul to share all about it on Instagram. In a live and Instagram Stories, it came out that the cops visited their home a number of times. According to Paul, it started when he caught her texting her divorce lawyer again.

At one stage, the 90 Day Fiance star allegedly called the cops because the internet went down. She claimed Paul deliberately prevented her from communicating. Paul also told the cops he feared she’d disappear with his child. Later, Paul reported that he went to the hospital and got treatment for an STD. But, he couldn’t get hold of Karine as she “powered down her phone.” It emerged that Karine filed a restraining order. All of this went down on Instagram. Now, she allegedly disappeared.

Paul put up a post about the claims by Karine that he s*xually assaulted her, The Blast reported. Graphically, she talked about how. Plus, she alleged that Paul’s mother was in cahoots with Paul. She claimed she’s a prisoner in the home and Paul tracks her via cameras and more. Paul put up the scan but later deleted it. Nevertheless, it’s already all over Twitter. Anyway, she left. Paul deleted a whole lot of posts about her and their son. And, she deleted her Instagram. The police now look for Karine, Paul said in one of his Stories. 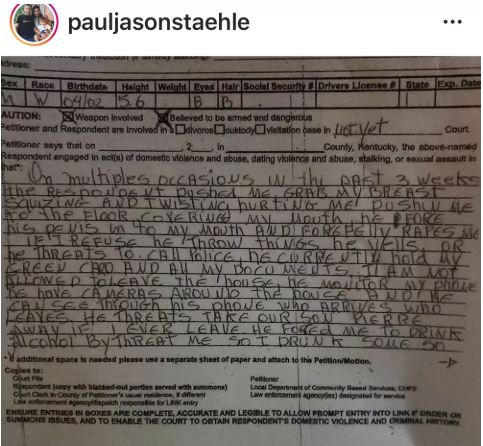 Well, if the police look for Karine, it could relate to the fact that Paul worries she ran off their child. That would become a matter for the courts. Nowhere do the police indicate any suggestion of foul play as yet. But, fans get ahead of themselves with some pretty wild theories. In fact, some of them believe Paul murdered his wife and child. With all the posts getting deleted on the 90 Day Fiance star’s account, we grabbed a few screenshots.

Screenshots of some wild theories including murder

Nobody knows if Karine went off to a shelter. Or, she could have gotten hold of someone to come and fetch her while Paul went to the hospital. Plenty of times in the past, these two clashed and it’s always a massive drama. But, probably, it’s the first time 90 Day Fiance fans accused Paul of being a murderer. 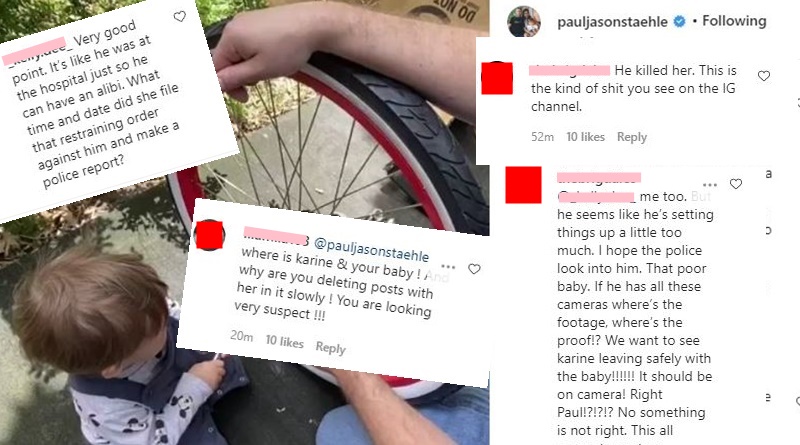 What do you think about these wild theories by TLC fans that suggest Paul allegedly killed his wife and child? Sound off in the comments below.

Did Stassi Schroeder Bully Someone On Instagram?! What Happened
Wait, Are Jinger & Jeremy Vuolo Desperate For Cash?!
Jenelle Evans Furious, Mom Barb Goes Behind Her Back, What Did She Do?
Run-In With ‘Friends’ Star SHOCKED Tyler Cameron & Here’s Why
Isabel Roloff Answers Burning Question About Son’s Eating Habits