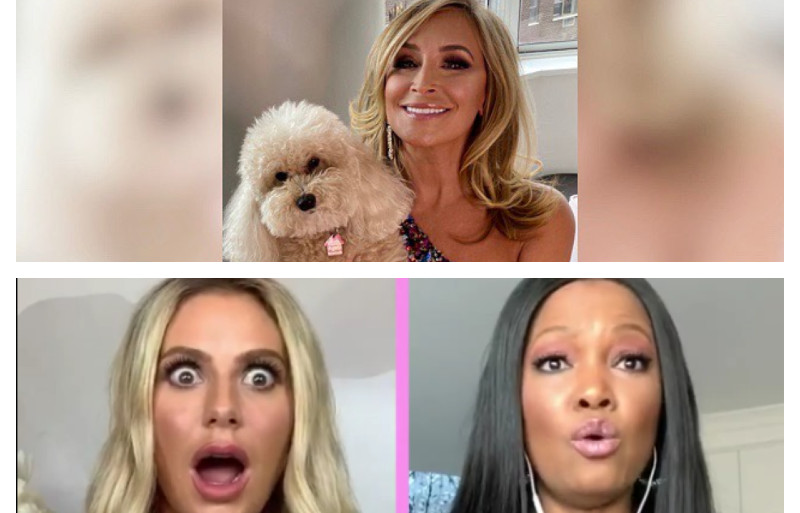 It all began when Garcelle posted her recent Vogue Italia photo on Instagram. The photo was shared far and wide. Even RHONY’s socialite Sonja Morgan saw it online. However, it appears that Sonja was not wearing her glasses and mistook Garcelle for another RHOBH star.

While Garcelle’s post on her own Instagram was met with heaps of praise, Sonja had an odd response elsewhere. She wrote, “Is that Dooooooret?!” The question was followed by several hand-clapping emojis.

Not only does she not know how to pronounce “Dorit,” she can’t spell it either. Sonja had fans rolling during a recent appearance on Watch What Happens Live where she repeatedly said Dorit’s name incorrectly.

While Sonja has thrown shade at Dorit in the past, she later came back to clarify her comment. And her explanation is gold.

Sonja Explains Why She Thought Photo of Garcelle Was Dorit: ‘[Dorit] Does Mags’

Seasoned Bravo fans immediately thought Sonja was throwing shade at Dorit with her comment. However, she quickly realized her error and came back to explain it. In a comment to her own post, she wrote, “Oh it’s Garcelle.” She then complimented the RHOBH star as a “Beauty.”

Sonja let fans know that she wasn’t being shady. Rather, she simply couldn’t see the photo clearly on her phone. However, once she was on a larger iPad, she saw it clearly and realized her error.

The RHONY star also wrote that she saw a comment that said “Doritt” and thought it was a photo of Dorit. Note that Sonja once again spells the RHOBH star’s name incorrectly.

Fans Find Her Gaffe HILARIOUS: ‘This Is The Most Sonja Sh*t I’ve Ever Seen’

Sonja has endeared herself to Bravoholics since the beginning of RHONY. Fans enjoy Sonja’s antics so much that she recently started an OnlyFans account. Their response to this latest goof by Sonja was pure hilarity.

Instagram user @commentsbybravo shared the screenshot of Sonja’s mix-up. And fans flooded the comments with jokes and “That’s Sonja” ribbing. One fan wrote that the mistake is “the most Sonja sh*t” they’ve ever seen.

Sonja popped into the comments AGAIN to further explain her case. One fan commented that they were “sobbing” [from laughter.] The RHONY star replied that she “can’t see for sh*t” because of her age.

Another fan quotes Sonja’s “She does mags” explanation about Dorit. They followed it up with a series of cry-laughing emojis.

In short, many fans absolutely expect this kind of mistake from Sonja and consider it part of her charm.

Tune in to The Real Housewives of New York Thursdays on Bravo for more of Sonja’s hilarious hijinks.