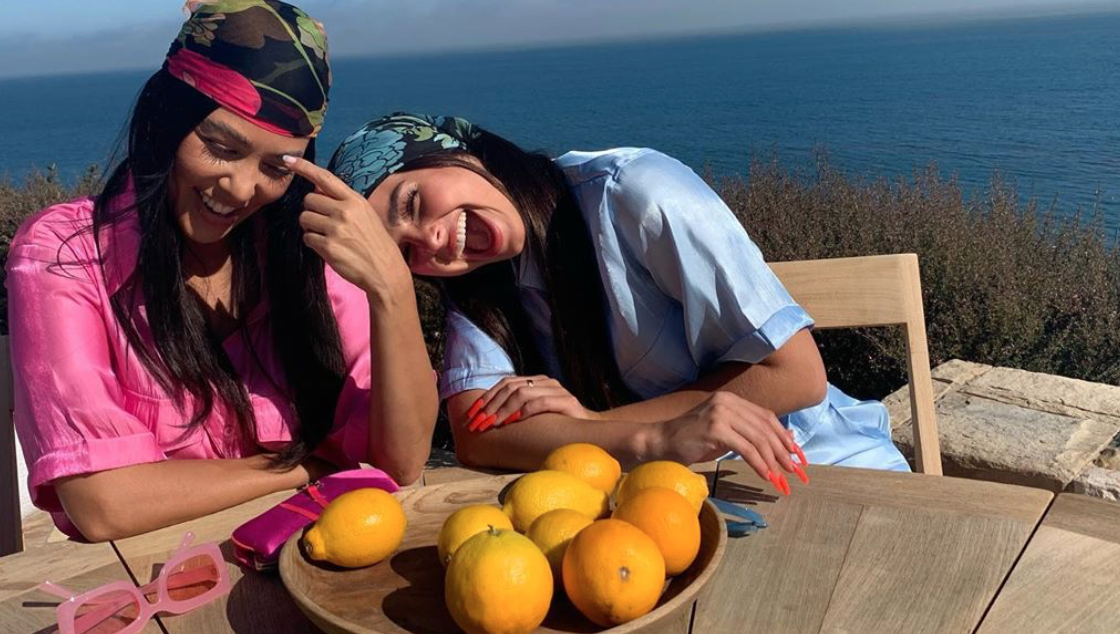 Kourtney Kardashian and Scott Disick are a pretty confusing couple of people. With dating rumors swirling lately, Kourtney called seems to have called Scott her husband. Apparently it was a joke, but it still has people a bit confused.

According to Hollywood Life, Kourtney made a post on Instagram that’s got fans scratching their heads. She posted a photo of her and Addison Rae. In the caption, she said: “My husband’s girlfriend and I exchanging stories.”

Knowing Kourtney, this means absolutely nothing. However, it’s still a bit odd. Fans instantly assume she was referring to Scott since they have had so many rumors going around about them.

Not to mention, Hollywood Life, also says that Kourtney and Scott were just seen out shopping together in Malibu. Apparently, they looked like a couple while doing it. The two have been staying home lately and spending time with their sons. Seems like a great time to start rekindling an old relationship.

My husband’s girlfriend and I exchanging stories.

There is another factor in this whole thing that isn’t quite adding up. That is Scott’s relationship with his former girlfriend, Sofia Richie. Apparently the two got back together recently, and Scott has been trying to be on his best behavior for her.

“Scott and Sofia are back together. He’s trying to be on his best behavior for her,” a source revealed. “He is focusing on trying to prove himself to Sofia.”

Originally, the two broke up because Scott wasn’t making enough time for Sofia. In addition, mentally, he was going through a really rough space. It seems like the father of three is doing better now though.

“Sofia wanted Scott to get through and overcome any issues he has and Scott wanted to put a bigger focus on himself and his family before any sort of romantic relationship,” they said. “Scott’s family is always what is most important to him.”

Honestly, both sides make sense. Scott is a great father and would want to put his family first. Of course, as his girlfriend, Sofia would also want to be a priority. They seemed to have work things out but that still leaves some mystery when it comes to Kourtney Kardashian.

Do you think Kourtney and Scott are meant to be? Or do you like him with Sofia? Let us know what you think in the comments. Come back to TV Shows Ace for more news on all of your favorite Kardashian family members.