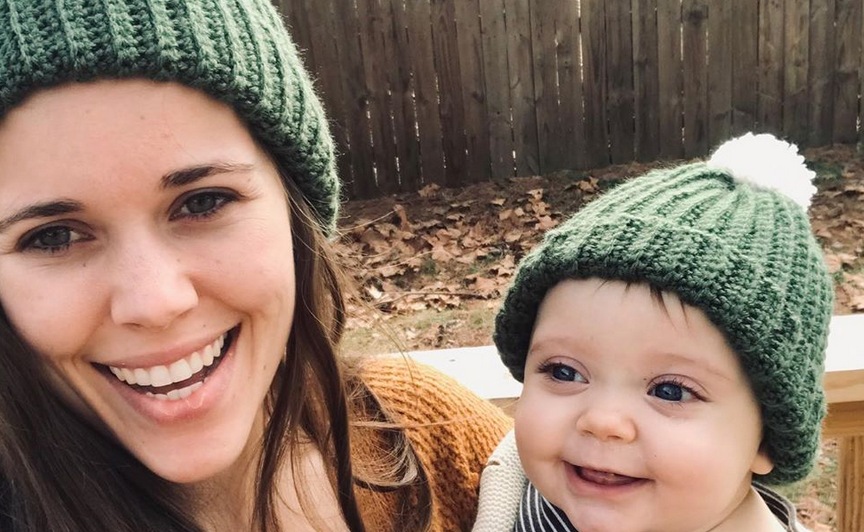 Duggar fans are often speculating about which woman will get pregnant next. Because the Counting On family is so large, it seems like someone is always pregnant. Currently, Joy Forsyth and Jinger Vuolo are both expecting. Joy is due in August and is having a little girl. Jinger is due in November and is also having a girl.

Recently, some of the pregnancy rumors have been about Jessa Seewald. Jessa and her husband Ben have three kids, Spurgeon, 4, Henry, 3, and Ivy, 1. While these rumors often go around, Jessa’s dad Jim Bob Duggar fired up the rumors again.

In a YouTube video from Jessa, Ivy is smashing her cake for her first birthday. In the background, Jim Bob jokes that the icing color inside of the cake will signify whether Jessa is having a baby boy or a baby girl. It’s likely he made this joke because that’s how Joe and Kendra Duggar revealed that they were having a baby girl when their first son turned one year old.

While this was likely a joke, fans were quick to pick up on it. So, once again, fans are thinking that Jessa might be pregnant. Also, some fans pointed out that Jessa might have had a slight baby bump.

In the comments sections of the Duggar daughters’ social media posts, fans typically leave comments about possible pregnancies. So, it’s not out of the ordinary that a fan commented about this on Jessa’s recent post.

He’s thrilled to have a shorter haircut (especially the fact that it’s out of his eyes🤣), but every time I cut his hair I end up missing those messy curls. 💙 If you’re thinking about doing a DIY cut on your boy’s hair but don’t know where to start, check out my easy toddler haircut tutorials! Click the link in my bio to watch. 💇🏼‍♂️

On Saturday, Jessa shared a series of photos of her son Henry after his at-home haircut. While the post has nothing to do with her future children or pregnancy, fans can’t seem to help themselves. So, naturally, one fan asked, “Will you announce your 4th pregnancy soon? Noticed the bump. 😍” Immediately, other fans began calling that fan out for being rude to Jessa. They point out that you aren’t supposed to ask someone if they’re expecting.

Naturally, Jessa took this opportunity to set her followers straight. The Duggar daughter responded, “There’s no baby behind the bump–only tacos. Thanks for asking.” She included a laughing emoji as well. Plenty of her followers applauded her for her witty response, and they are continuing to talk about how the original commenter shouldn’t have said anything at all. They’re saying that Jessa looks great too.

So, what do you think of Jessa’s response? Share your thoughts in the comments below.