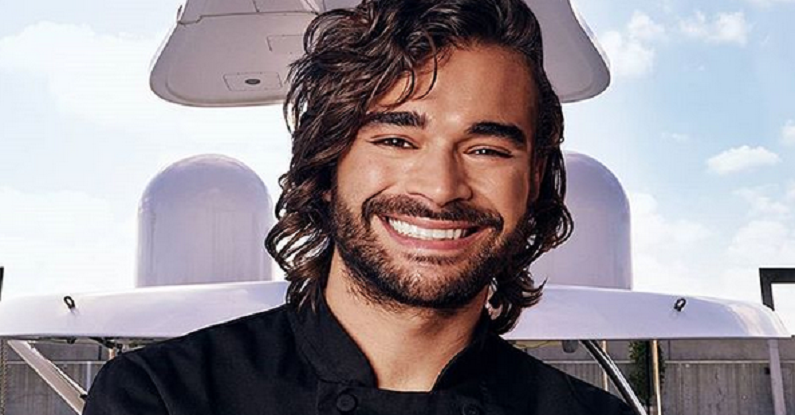 Captain Sandy Yawn was concerned about Chef Hindrigo “Kiko” Lorran’s culinary skills. She closely watched him on the last episode of Below Deck Med. He disappointed her when he made fried chicken and cheesy nachos for Las Vegas night. She was hoping for a five-star dining experience.

Chef Kiko wants to move on from that embarrassing episode. He took to social media to thank his followers for their outpouring of support. The chef’s Las Vegas-themed dinner was harshly criticized by Captain Sandy. This led Kiko to apologize to Sandy for letting her down. This is a different attitude from when he wanted to quit on the spot.

Below Deck Med star Hindrigo “Kiko” Lorran took to his Instagram Stories to release a statement, as per Inquisitr. He thanked the fans for their overwhelming support. The viewers fell in love with his positivity and don’t want to see him go. He then apologized to Sandy for his disappointing Las Vegas-themed dinner.

“I [sic] been receiving so many lovely DMs that make me feel so happy!” Kiko wrote. “You guys are awesome! I love you all.”

Kiko received an outpouring of support after Monday’s episode. The Brazilian chef broke down when Sandy said his cooking wasn’t up to superyacht standards.

The episode ended with the Kiko wanting to leave after finishing the charter. It was unclear if his job was on the line. On his Instagram Stories, Kiko apologized for his disastrous dinner. He explained that he was not prepared to take on such a request.

“Sorry for the terrible vegas [sic] night, that wasn’t me and I was mentally and physically destroyed,” he added.

However, Kiko struggled since the beginning of the season. Sandy was very critical of Kiko’s dishes. She asked the guests after each meal if they enjoyed his cooking. She then used the feedback to push Kiko to do better. TV Shows Ace reported that Sandy wanted Kiko to succeed. She also admitted to helping him out in the galley while he cooked.

But Sandy’s micromanaging made Kiko nervous. In his confessional interview, he admitted that he was “freaking out.” However, he didn’t want to quit at the time. Instead, he transferred that chaotic energy into his work.

One Below Deck Med fan blamed chief stew Hannah Ferrier for Las Vegas night. Since Kiko wasn’t familiar with Las Vegas-styled food, he Googled ideas. Although yachties review the final choices and offer input, Hannah supported him. She even suggested ideas like French fries and nachos.

Hannah supports her decision. During her appearance on Watch What Happens Live, she told host Andy Cohen that she felt the dinner was a great idea, only the presentation was lacking. She claimed that most of the meals were already on the guests’ preference sheets.

It's monday, issssaa🤪🤪! My best friends on Wellington, thanks girls to hold my back when I needed. Tonight on @bravotv at 8/9c #BelowDeckMed #bravotv #friendship

What are your thoughts? Who do you think was responsible for the Vegas dinner? Kiko or Hannah? Sound off below in the comments section.