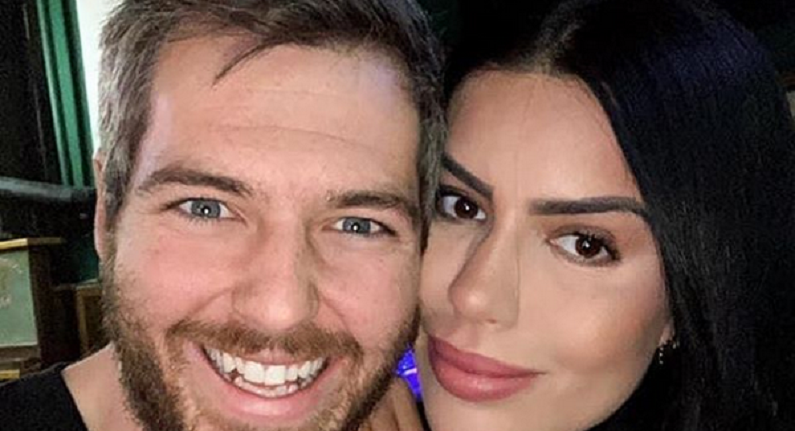 90 Day Fiance stars Larissa Lima and Eric Nichols are taking the next step in their relationship. On last Sunday night’s episode of Happily Ever After, Larissa moved into Eric’s apartment. This came after her roommate Carmen kicked her out.

Larissa revealed that she’s back with Eric, and she wasn’t happy. So, Larissa had to pack her bags. ASAP. Larissa and Eric have split since filming the show. Earlier this summer, she confirmed that they’re back together again. The couple has since moved in together and adopted a new pet.

Larissa and Eric take the next step in their relationship

The 90 Day Fiance couple is taking the next step. Larissa Lima and her on-and-off boyfriend Eric Nichols are moving in together. They’re also adopting a “baby boy” – a cat named Mapa. On Thursday, July 30, Larissa took to Instagram to introduce the world to her new cat.

“Meet my baby boy: Mapa Franko Zaffino,” the TLC star wrote in the caption. In the photo, Larissa wears a black rhinestone bodysuit as she holds her new furry friend. The cat looks as if it’s trying to make a run for it. The reality star also wore a high ponytail and a full face of makeup. In the caption, Larissa explained that she and Eric combined their nicknames “mama” and “papa” to come up with the moniker.

The name “Franko Zaffino” came from “[Eric’s] grandfather Frank.” “He got [adopted] at the @animalfoundation .. and he just [makes] our lives more and more happy every day.”

According to In Touch Weekly, it appears that the couple had the cat for a few months. But they felt ready to share the news with their 90 Day Fiance fans.

Larissa and Eric split in September 2019 but rekindled their romance earlier this year. Despite the drama on the show, they are “drawn back” to each other and have worked on their issues. Some of those issues play out on the new season of Happily Ever After.

90 Day Fiance star moves back in with her ex-boyfriend

On Sunday night’s episode of 90 Day Fiance: Happily Ever After, Larissa chose to end her friendship with Carmen. But she wondered where she could live next. She called Eric, who was sympathetic towards her situation. He offered her a place to stay.

“There’s space here,” he said, referring to his Las Vegas apartment. “If you want to come here, you’re welcome to come here.”

The 90 Day Fiance star took him on his offer. But Larissa made it clear that she didn’t want to share a bedroom with Eric. She wanted to take things slow. Larissa admitted that their relationship moved too quickly before.

Eric came to help Larissa move into his apartment. But she felt overwhelmed over her decision.

“I am feeling a little bit sad, a little bit scared,” the 90 Day Fiance star revealed. “I don’t know what can happen between Eric and I, but I have feelings for Eric, and I need to follow my heart. So I need to trust that Eric is gonna support me and help me with my life.”

Eric and Larissa agreed to live together. The couple told the producers they were excited about living together, but they wanted their own spaces where they could focus on themselves.

90 Day Fiance: Happily Ever After airs Sunday nights at 8 p.m. ET on TLC.