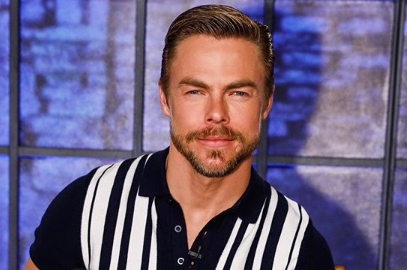 Sources are saying that the World of Dance judge, Derek Hough, has been asked to return to Dancing with the Stars for Season 29. Of course, the charismatic and talented dancer is a welcome addition to the cast of any show he chooses. He and his partners won the Mirror Ball six times during his tenure at DWTS from 2007 to 2016.

What will Hough’s Role be?

Dancing with the Stars is going through many changes as Tyra Banks has taken over as host after ABC announced that veteran host Tom Bergeron and Erin Andrews were not asked to return for Season 29. Banks is also the new executive producer and has said that the show “is gonna be different,” but just how different?

As of now only Banks and one celebrity contestant, The Bachelorette alum Kaitlyn Bristowe, have been confirmed for Season 29. ABC has not confirmed if the three-panel judges Carrie Ann Inaba, Len Goodman and Bruno Tonilio will be returning this season. We assume that they will return because no other removals have been announced. But with no confirmation as of yet, there really is no guarantee. But if ABC has reached out to Hough the question remains: What will Derek’s role be? He could return as a contestant, as a judge (like his sister Julianne Hough), but there may be another unknown role for him.

Hough left DWTS in 2016 and has since experienced a lot of success as a judge on World of Dance with other big-name judges Jennifer Lopez and Ne-Yo. His commitment to NBC could be a conflict of interest if he were to decide to return to DWTS. A source did state that, “[I]t’s hard to tell what he will decide.” I guess it all depends on what role he might have been offered.

Hough recently admitted he was shocked about the firing of Tom Bergeron. He said he considered Bergeron a “staple” of the show and a good friend. Hough had no comment on the rumors that he will return to DWTS. But Bergeron’s firing could affect Hough’s decision to return if he was offered a new role?

Until We Know More

We loved watching Hough dance with his celebrity partners, and we would love to have him back. This insider said it best, “They [DWTS] have always liked working with him because he is very professional and really talented plus just an overall nice guy. The celebrities trust him. And it does not hurt that he has a huge following and fans want him back.”

But until we know more everything is just speculation. ABC has not confirmed a premiere date for DTWS at this time. DWTS premieres the fall seasons in September. Production is currently halted for Season 29 and is not slated to start until September. Production placed restrictions on filming to establish new health and safety protocols. We can’t have any of our dancers coming down with COVID-19 because social distancing isn’t really possible while dancing.