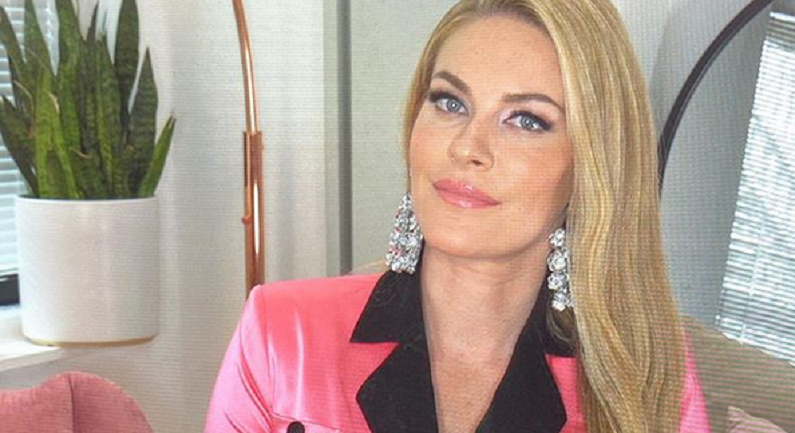 Leah McSweeney did not like it when Ramona Singer gossiped to other people about her bipolar disorder. On Thursday night’s episode, Leah found it “repulsive” when her costar Ramona talked about her mental health without her consent. The ladies have been feuding for the past few weeks. At first, Leah considered Ramona as a second mother but that quickly changed.

But tensions have increased since Ramona’s birthday party. On Thursday night’s episode of The Real Housewives of New York, Ramona revealed to Sonja Morgan that she found out that Leah is bipolar. Ramona claims it’s the reason why Leah behaved the way she did at the 63-year-old’s birthday party. Now, Leah is fighting back mad.

Ramona Singer wasn’t happy with Leah McSweeney after she danced drunk at her birthday bash. On Thursday night’s episode of RHONY, Ramona told Luann de Lesseps that she was “disgusted” by Leah’s behavior. The feeling was mutual for Leah, and the two ladies didn’t speak to each other. Then Ramona spilled the beans about Leah’s mental health to Sonja in a later scene.

“I found she’s bipolar and she’s on medication and I know people who are bipolar and you cannot mix alcohol with meds, it makes you act not responsible,” Ramona told Sonja, as quoted by People. “It’s actually very dangerous.”

Ramona found out about Leah’s mental health through a friend. During her interview confessional, Ramona said that it “explains it all” about Leah’s behavior. She felt that her costar’s diagnosis was a revelation. However, Sonja doesn’t believe the claim.

“Why is Ramona telling me this and where is she getting this information?” she asked during her own confessional. “Is it true even? I’m getting along well with Leah.”

The rest of the episode showed Dorinda Medley, Leah, Luann, Ramona, and Sonja heading to Cancun, Mexico for their girls’ trip, where the drama went down.

Leah McSweeney told Dorinda that she was “hurt” by Ramona. Not only did she gossip about the fashion designer’s mental health, but she also refused to speak to her since the birthday party.

“Whatever, I don’t care about the party,” Leah exclaimed. “She’s saying I showed my vagina to people, which is demeaning and it’s a lie and whatever. But when you start talking about ‘Leah has depression, she’s on pills,’ it’s a line that you don’t cross.”

A shocked Dorinda asked when Ramona shared this information, to which Leah said, “to Sonja.”

“Right before the trip to Mexico, Sonja called me and let it slip out that Ramona was gossiping about me having bipolar disorder, which I find repulsive as f***,” Leah said during her interview.

She found out on her 30th birthday that she has bipolar disorder. Since then, Leah dedicated her time to “getting it under control” and “getting myself in a good place.” She’s also not on medication despite Ramona’s claims. Dorinda sympathized with Leah and showed her support for the newbie.

Tune in tonight at 9/8c @bravotv to watch us elevate this shit! Tonight is truly a masterpiece. #RHONY Ps. This meme is literally about me and @lilmcsweeney at your baby shower for Voden @robinwalkeriii 😆

“She’s got to quit it,” Dorinda said to Leah. “You are a wonderful girl. You know I’ve fallen in love with you. I feel we’ve gotten very close and I respect you so much – not only as a woman, but as a mother.”

“The sum of who you are is how you treat other people … and right now the way you’re treating people is less than f***ing zero,” Leah said in her confessional about Ramona, adding, “Don’t talk about my vagina and don’t talk about my mental health.”

Tonight on @bravotv 9/8c We are still in the Bezerkshires going berzerk. This was honestly my fav trip and I have great memories of it. Thank you for making it nice @dorindamedley After this weeks episode the memories are a little more like PTSD 😭😂 #RHONY

Later on, Dorinda asked Ramona to talk to Leah, but Ramona refused. She feels that Leah should come to her first. Ramona then added that Leah “hurt me and that’s it.” Leah and Ramona did try to talk during dinner, but Sonja’s drunken rants interrupted their conversation.

The drama will intensify on next week’s episode. It appears that Ramona will be in the crossfire of an explosive Dorinda.