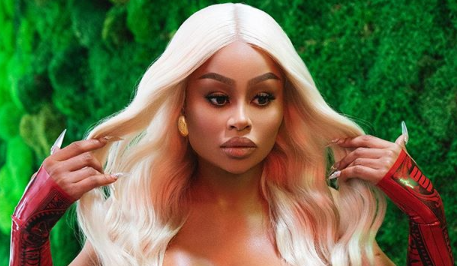 Blac Chyna’s attorney filed a motion to have the visitation rights of Rob Kardashian changed on July 13, 2020, after Dream allegedly suffered several serious injuries while in his care. Rob and Chyna began dating in January 2016 and Dream was born November 10, 2016. Unfortunately, the couple separated on December 17th of the same year.  The motion filed by Chyna’s attorney, Lynne Ciani, stated the following:

“Over the past four months, the minor child Dream Renee Kardashian suffered two severe burns on her leg while in the care of Respondent’s [Kardashian] nanny. In addition to the pain and suffering Dream endured, and equally troubling aspect of her severe injuries is the fact that Respondent made materially false statements after the two most recent injuries regarding how Dream sustained those injuries and how he rendered aid, or, more accurately, failed to render aid — to his injured daughter. Dream’s significant injuries coupled with the ease and willingness with which Respondent lied about those injuries leaves Petitioner [Chyna] with no choice but to seek a modification of Respondent’s parental time with Dream to protect this 3-year-old little girl from further harm.”

Documents state that on June 10, 2020, while Dream was at her father’s home under the direct supervision of a nanny hired by her father Dream suffered a head injury. Rob alerted Chyna to the injury via text and said, “Hey Dream slipped running and bumped her head on the wall. She has a bump on her forehead area. I put ice on it and arnica cream and it will go down but just letting you know. I will send home the cream also for you to use. She is fine and it will go down so don’t worry. We are playing now and she isn’t in any pain or anything. Just wanted to keep you posted.”

Chyna said she was “extremely concerned” that the head injury could have been severe and it might have gone untreated. Ciani also stated that “Respondent [Kardashian] allowed his daughter to go to sleep, which may have masked a possible concussion”. Chyna said she believes Rob lied about how Dream hit her head. Furthermore, this is not the first time, and he has lied about other injuries Dream received while under his care.

According to Chyna, this is not the first time that Dream has been injured while in Rob’s custody. Chyna requires Rob to have a nanny present to take care of Dream under the current visitation agreement. But he is responsible for supervising the nanny to maintain Dream’s safety.  However, Chyna alleges that Dream has suffered two previous injuries this year alone while in her father’s care. The first injury occurred in February and was a first-degree burn on her leg. The second injury was a second-degree burn that she suffered in March. The second burn was close to the same location of the first burn.

Because of these injuries, Chyna contacted the Department of Children and Family Services (DCFS) and the police to investigate the incident. Marty Singer, Rob’s attorney, has stated, “the health, safety and well-being of Dream is and has always been Rob’s top priority.” Singer went on to say, “Following an investigation by the DCFS and the police in which Rob fully cooperated, he has every reason to believe that there will be no findings of any safety issues in his home.” The injuries that Dream suffered while under the care of the nanny in her father’s home he said were “accidents” and that the nanny was in the “process of leaving his [Rob’s] employment at will.”

Chyna filed an emergency motion for primary custody in January 2020, which was denied. Chyna’s motion to amend visitation stipulates that visitation hours be 10 am to 6 pm on Wednesday, Thursday and Friday. The motion also states there will be no overnight visits. These visits would also have to be under the supervision of a nanny that Chyna selects.

An affidavit filed by Ciani with the motion stated, “Whether due to his depression or other medical condition, Respondent [Kardashian] clearly is not able to competently supervise his nannies or to keep Dream safe while in his care.” However, Singer states that this motion as well as Chyna’s previous claims are a “desperate attempt to smear Rob’s name in response to his ongoing lawsuit against her for full custody of their daughter.”

Chyna and Rob have a custody hearing for Dream currently scheduled for December.

‘DWTS’ Pro Gleb Savchenko Has Some Exciting News — What Is It?
Jinger Vuolo Reveals She Was Ready For A Change
Danielle Busby Shows Us Why Parker Is NOT A Morning Person
Clare Crawley Underwent Breast Implant Removal Surgery, How Is She?
Gleb Savchenko Comments On Chrishell Stause’s New Romance