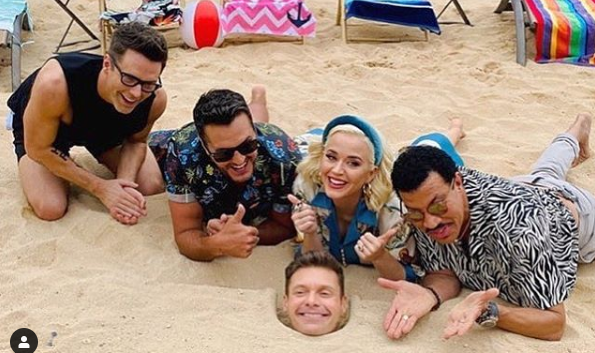 American Idol is making history this year. How? Well, they are opting to hold virtual nationwide auditions. For the first time ever. So, keep reading for the details!

Previously, American Idol auditions were scheduled and structured.  Judges and producers travel each year to select cities for open auditions. Everyone is welcome, however, many would-be contestants may not have the means to travel.  ABC confirmed the change on Friday morning. The network cites Coronavirus precautions for motivating the new audition process. And, it looks like it will be beneficial to those who can’t travel?

So, Why Did ABC Switch to Virtual Auditions?

Currently, the U.S. is seeing a second wave of virus cases. As a result, cities are shutting down. Reverting back to stage 1.  All major health organizations warn against large gatherings of people. American Idol auditions typically take place in large cities.

The events literally draw tens of thousands of people. Consequently, these gatherings are potentially dangerous for contestants as they can promote spikes within cities. Additionally, interaction with the public put the show’s, judges and producers at risk as well.

Our live virtual auditions tour starts Aug. 10! Reserve a spot now: americanidol.com/auditions. 🎤✨ For the first time ever, #AmericanIdol is visiting all 50 states plus Washington D.C. and Puerto Rico in search of the next superstar! If you are between the ages of 15-28, sign up now for a face-to-face audition with our producers. #TheNextIdol… could be you!

So, How Are Virtual Auditions Different?

Virtual auditions will lack the ‘big energy’ feel that viewers are used to. But, they certainly serve the same purpose. Like regular auditions, contestants will first perform for a producer. Then, producers will dismiss or pass the contestant. Afterwards, the contestant will move on to the secondary audition for the judges.

How will this all work? Well, ABC confirms the show will use custom technology. Technology created by Zoom. As a result, Idol auditions can still be done in real-time with a live audience.

For some, virtual auditions are a blessing. Why? Well, because some have stage fright. Performing in front of a producer and judges is terrifying. People get anxious. They make mistakes. Virtual auditions will give people a home-turf advantage.

While this may be the first-ever virtual auditions round for the show… This is definitely not their first rodeo. Season 3 of the show ended in May 2020, well into the nation’s coronavirus lockdown. So, last years auditions and cast selection for the show were filmed before things got bad. However, live shows were done virtually.  As a result, contestants performed from home. They used Zoom technology to communicate with judges and receive feedback.

Surprisingly, the adaptation went surprisingly well. By the end, fans had gotten used to this new format. As a result, the year’s season finale logged more than 7.3 million views. These ratings putting it in the stop slot that night for prime time television. Producers and the network are optimistic. Optimistic that this season will run just as smooth. And, that it will give fans something to look forward to each week.

So, are you Planning to Audition?

Well, are you interested in being a contestant this year? If so, visit the show’s official site for more info. Variety recently posted the official Idol Across America virtual audition dates schedule.  Dates for the auditions run August 10th to September 9th 2020. The fourth season of the show is set to begin in the spring of 2021.

So, are you planning to audition this year or have you in the past? And, do you think they can pull of a whole virtual season of Idol?  Tell us in the comments.

And, stay tuned to TV Shows Ace for all the latest on your favorite shows and celebs.